largest field study of its kind shows that pesticide use is killing bees. 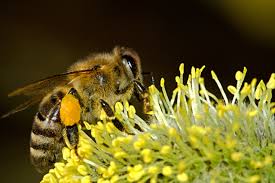 We posted last week about a study carried out on bee populations in NNY and the effects that pathogens and parasites are having on bee populations in the region, however it seems as though bee health is the flavour of the month as another, much larger study has just been released which studied the effects of neonicotinoid pesticides on honey bees and wild bees. While this is not the first study of its kind, and it largely confirms what we already knew, it is more comprehensive than previous lab-based studies  which have indicated that neonicotinoid pesticides cause considerable harm to bee populations and health.

The study looked at the effects of neonicotinoid-treated crops on three bee species in three European countries, Hungary, Germany, and the UK. The researchers studied focused on winter-sown oilseed rape with and without neonicotinoid seed coatings for their control. While their findings showed both negative and positive effects during flowering. In Hungary, colony size declined by 24% and they found a negative correlation between neonicotinoid residues and wild bee reproduction rates in general.
The findings of the study suggest that pesticides containing neonicotinoids reduce the capacity of bees to establish new populations in the year following exposure. Unlike other studies of its kind, which have attracted criticism for not representing field-realistic environmental conditions, the results of this most recent study confirm that neonicotinoids negatively affect pollinator health under realistic agricultural conditions. The pesticides in question are already banned in the EU for use on flowering crops, however the results of the study could pave the way for wider-reaching regulation and bans and may see the US and other countries follow suit.
It is important to note that the €3million cost of the research was covered by Syngenta and Bayer, the companies that sell the neonicotinoids in question. This was part of a voluntary commitment to increase the available field data however neither company was involved in the designing, conducting or reporting of the study.
A Botanist at Trinity College School of Natural Sciences in Dublin, Ireland, Prof Jane Stout spoke to the Irish Times about the findings and said that while she favoured a ban on the pesticides in question, she warned that simply banning these two chemicals may open up the market for other alternative, but equally or more harmful pesticides to be introduced. She advocated instead for the use of less chemicals and a general shift in the way that we farm.
To read the full study, click HERE