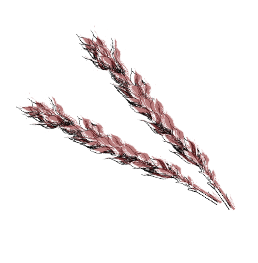 Have you found Farm footage, VHS tapes, home movies in your aunt’s attic or in the office of your barn?
We have partnered with Prelinger Archive to help digitize and preserve these precious memories of American farm life. Please read on, and feel free to spread the word.
Footage from the Prelinger Archive, a Texas family farm, circa 1950
The history of 20th-century farm life in America comes alive in home movies. The introduction of 8mm cameras and film in 1933 made home movie-making affordable for many rural families, and thousands picked up cameras to record the rhythms and activities of daily life and special events on the farm and in the towns. This project seeks to collect, digitize, compile and redistribute home movies made by farmers and shot on farms between 1925 and 1980. Its two main objectives: to build a publicly accessible archives of historical farming footage documenting farm life and the working of the land, and use this material to present compiled programs in front of live audiences who will be encouraged to talk their way through the material — to identify and explain places and practices, ask questions of each other, and compare past, present and future.

The period between 1925 and 1980 coincides with a profound period of change for American agriculture, when mechanization, market forces and federal policy conspired to transform these farm families' relationships with the landscape. The archives of home movies we rescue from indifferent storage in basements and attics will comprise a veritable encyclopedia of farming techniques and rural life, and serve as a practical repository for today’s agrarians occupying many of the same landscapes as their forebears. We seek to use these films to encourage today’s agrarian futurists to study and emulate lost techniques worthy of revival, to show (among many other things) traditional building techniques and feeding practices, visible diversity of the meadows and non-chemical management of fencerows, what farmers wore while working and celebrating, and the continuities and differences between farm life in the past and today.

This series was instigated by Rick Prelinger, longtime moving image archivist, writer, filmmaker, film professor at UC Santa Cruz and (with Megan Prelinger) co-founder of Prelinger Library, longtime collaborator with the Greenhorns. After presenting 18 urban history programs (produced principally with home movies) between 2006-2015 in San Francisco, Oakland, Detroit and Los Angeles, Rick sought a way to bring this participatory community history method to rural audiences and to explore the rich archives of images showing the working landscape in collaboration with motivated (and vocal) audiences. In 1991 Rick presented two hours of rediscovered amateur film footage shot in 1938-39 in Britton, South Dakota. The audience recognized their relatives and themselves at cornhusking bees, cattle auctions and holiday celebrations. In 2016 he showed the version you see here at Agrarian Trust’s OUR LAND symposium in Santa Fe. Since that time Rick’s been convinced that historical moving images can be the kernel of intense community-building experiences, especially when audiences are actively involved.

Home movie camera-people documented almost every event and activity in mid-20th-century America. Rich in emotion and evidence, the surviving body of home movies constitutes an infinitely varied encyclopedia of people, places and activities, often spontaneous and unrehearsed. There are home movies from every state, town and neighborhood; films of homefront America during foreign wars; films shot at churches, schools and city halls; films of county and state fairs, cattle auctions, and harvests; films of trains and cars going by; films of housewives, heroes and hoboes. Home movies are the most vivid evidence of the contours of daily life, the appearance of our homes and workplaces and the body language of earlier generations. Our goal is to create a collection and presentation from a relatively short period of American family farm life of the 1920's-1980's covering two distinct periods of prosperity and crisis. The film created as a familial archive makes for tender portraits of a past-present.

Now, in 2021 we sit ‘ between the generations' where more than 70% of American farmland is owned by people in their 70’s. We have reached a demographic inflection that brings with it a huge loss of knowledge, experience and also family land-ownership. Farmers alive today remember horses on the landscape, and often cared for those animals as children. They remember eating from their own gardens and seeing a large family supported by a far smaller landbase than is possible today. US Farm policy of the period studied has incentivized gigantism and corporate scale production of commodities instead of diverse small, medium farms. Today’ entering farmers and farmworkers face daunting economic prospects to afford a farm purchase, or to support their family only with farm income.This is a poignancy we must confront as private equity, agri-tech and ‘decarbonization finance’ plows their way into rural America alongside the local foods movement.

Finding a way to talk about the cultural, and political impacts of these disorienting trends is challenging, but we think home-movies are a good way in. Through the memories and memorabilia of the generation of farmers who bore witness-- we can remind a bigger audience of a farming-life they may never have seen before with hedgerows, proud barns, vital and prosperous small-town life with shops and services and ambition, even the glossy good health of animals, and vegetated streambanks and rivers are viewable. This is not nostalgia, it is the living history of the land. If you know of archival footage, VHS tapes, audio cassette tapes, floppy discs, DVDS, super 8 or any other format of farm home movies, that you would like to see digitized, please be in touch. We are able to do this digitization for free and thanks to the generosity of the Internet Archive are able host the resultant materials at www.archive.org. For more information about this project, or to help bring it to a Farmers Union, Grange Hall, rural network or historical society near you, please reach out! severine(at)greenhorns.org