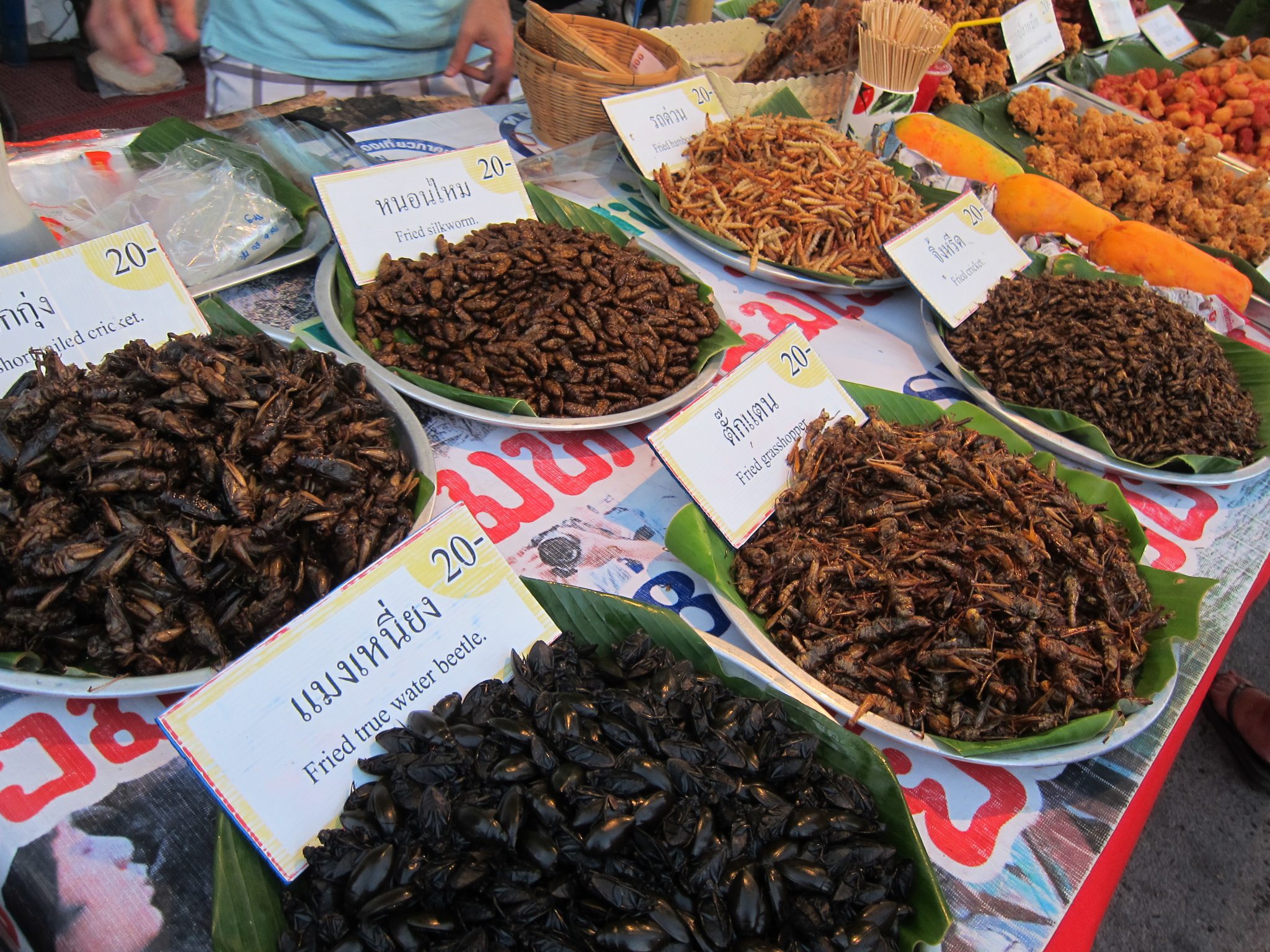 Scientists have suggested eating of insects as a way to address food shortage and improve nutrition. Many edible species of crickets, grasshoppers, caterpillars and termites are highly nutritious, according to scientists from the Lake Victoria region of Kenya.

There are over 2,000 insect species being consumed by more than two billion people globally today. "We have discovered that locally available insects can play a significant role in food security, storage, hygiene and safety issues," Dr Ekesi of Kenya said during at a conference in Kisumu city.

He said that research has revealed that only 5,000 insects of a possible population of one million are harmful to animals and plants.Consumption of insects will be the center of a multi-million dollar study funded by the Canadian, Dutch, Germany, Danish and Australia governments as well as the World Bank.

feed the world...on insects, food justice, GMO is not the answer, insects, US isn't researching this because they are bought by corn