Here is the 2nd in a series of profiles of young farmers in America, written for The Greenhorns by Amelia Spilger. These short young farmer profiles will help inspire and shape our collective understanding of the movement with specific examples of lives lived. Think of it them case studies in the PHD program we are running on young farmer affairs!
Mendocino Organics

Paula Manalo is digging in to a new field of study these days. She is one of four 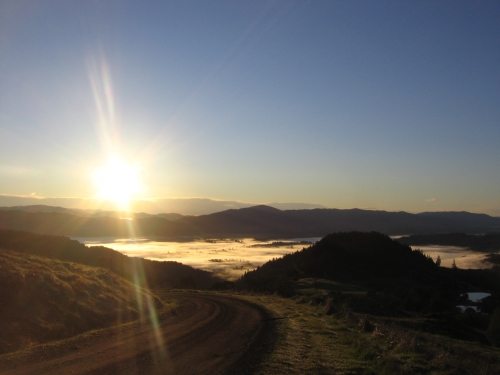 women farmers who are co-writing the Greenhorn's Guide for Beginning Farmers, and has recently taken on the role of Managing Director of this practical, hands-on guidebook "written by young farmers for young farmers."
Manalo, like many of her future readers, is just about as "green" as a Greenhorn can be. This Stanford graduate is in her first season co-managing Mendocino Organic's biodynamic Winter CSA. She's learning how to build rich compost from livestock manure and make biodynamic preparations from fermented medicinal herbs, and is sharing her lessons as she grows. 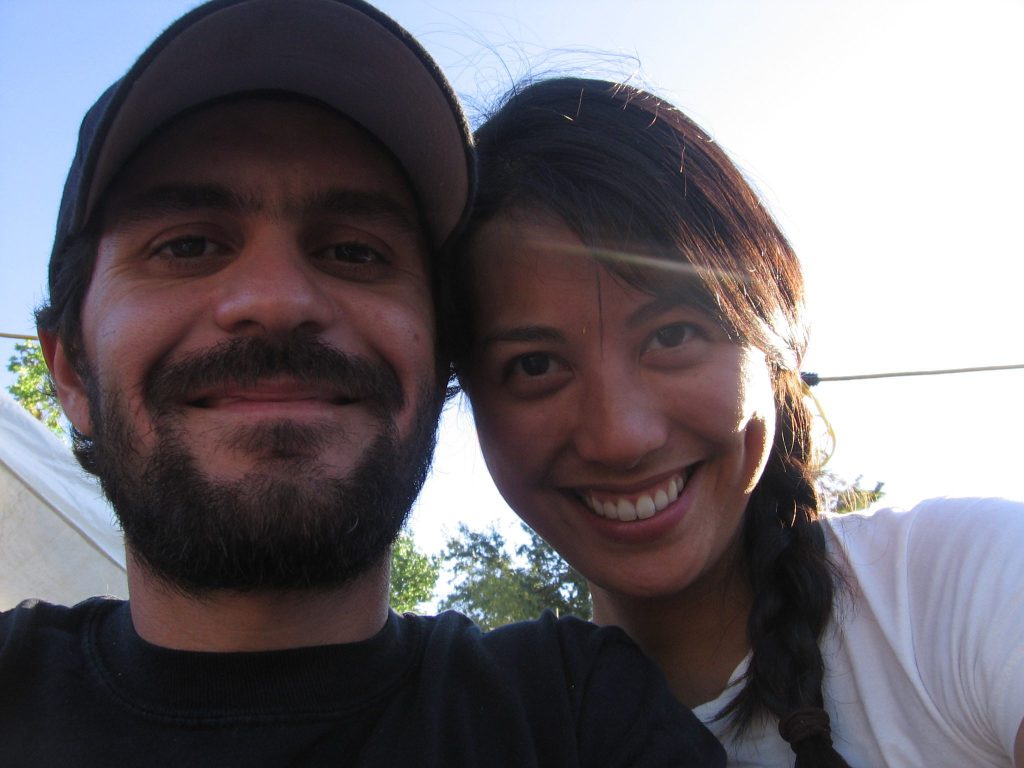 "It's been interesting starting to farm and writing my lessons down along the way. I'll learn something and then think, ‘that would be important to include in the guide.'"
It was while working in Washington D.C. as a natural resource economist for Defenders of Wildlife, that Manalo was introduced to sustainable agriculture. There she focused on farm bill policy, incentivizing conservation and eco-labeling, work that she credits with helping her understand how we arrived at today's conventional agricultural model.

In the Spring of 2007, after 2 ½ years at Defenders, Manalo was ready for a career change, a shift prompted by how disconnected she felt from the natural world she was working so hard to protect. That summer she interned at Mendocino Organics, in Redwood Valley, CA. The was farm owned and operated by Adam Gaska, who at that time was focused on raising sheep, broilers and goats, as well as seasonal pigs and turkeys as part of his well established work-trade partnerships with local biodynamic vineyards.
After her summer on the farm, Manalo moved to San Francisco to pursue graduate school. While opportunities to continue her formal education arose, Manalo, who was spending most of her weekends in Mendocino, decided that her future was in farming. In 2008, Manalo was drawn back to the land by an internship at Quetzal Farm in Santa Rosa, CA. Soon there after, Manalo and Gaska agreed that there was a tremendous opportunity for locally grown produce in Mendocino County and decided to go into business together.
Manalo describes Gaska as her polar opposite. "He's a local and he knew early on that he wanted to stay in Mendocino County. He believed that farming was the best option for him to make a living here. He was nineteen when he started Mendocino Organics with a friend who since then has moved on to manage Frey vineyards. Adam has been farming for 10 years."

Yet their differing strengths have proven to be complementary. Gaska's farming expertise is enriched by Manalo's business and organizational savvy and vice-versa. Despite their differences, the two share a desire to create positive change in their community as well as a passion for good food. Manalo jokes, "We like really good food and can't necessarily afford it, so figured we might as well grow it."
Mendocino Organics is bolstered by its relationships with Golden Vineyard and Live Power Community Farm. It was the encouragement of Live Power, a local biodynamic CSA, that prompted Gaska and Manalo to start their winter CSA, and their memorandum of understanding with Golden Vineyards, a local biodynamic vineyard, that provided them the resources to do it. Their MoU is mutually beneficial; Gaska and Manalo make biodynamic preps for Golden Vineyards and manage their cover crops with Gaska's sheep in exchange for water, equipment and roughly 3 ½ acres of land to grow vegetables, as well as Gaska's housing.

"We see our relationship with Golden Vineyards as a model. We're all about cooperation. And while there are a lot of folks who talk about cooperation, it's exciting to put those principles into action. We hope to be an example to other vineyards in the area," Manalo explains.
Manalo hopes of sharing innovative new models of farming extend far beyond the vineyards in her region. She reflects on the vision for the Greenhorn's Guide for Beginning Farmers, "the idea is that people who have a small itch to farm, or even just to homestead, will pick it up, get motivated, and feel assured that there are people out there who support their participation in the movement, who are rooting for them."
To read the most recent edition of the Greenhorn's Guide for Beginning Farmers visit http://www.thegreenhorns.net/reading.html. To learn more about Mendocino Organics visit http://mendoorganicscsa.wordpress.com/.
By Amelia Spilger
Amelia fell in love with shelling beans, sorting apples, and building local food systems while living on a farm in the mountains of Costa Rica. She currently works for Marin Farmers Markets, where she shares the stories of local farmers with local eaters. She's addicted to the value of giving farmers a voice.