Spending a year in boots and a straw hat on the Big Island of Hawaii taught me two things.  The first of these is that I want to devote my life to alternative agriculture.  To put it simply, I want to be a farmer.  The second thing I learned is that transform my visions into reality, I needed to get off the farm.
At least for now.  The sad truth that I came to realize is that I would never make enough money as a farm worker to ever be a farm owner.  Why the focus on ownership?  There are plenty of people in the alternative agriculture community bringing their good food and good message to the public from land they don't own.  Market gardeners are bringing new life to small plots of land that have been neglected and forgotten for years.  Many of the best rotational grazers (the humans, not the ungulates) consider land ownership an unprofitable and undesirable hindrance.  Even the thought of owning something as grand and transcendent and mysterious as soil, or any other component of an ecosystem, involves a certain degree of laughably human self-deception.  However, there is one thing that a deed can provide that the various by-hook-or-by-crook land acquisition arrangements cannot: permanence.
I'm a tree person.  When I say that I want to be a farmer, I mean that I want to be an orchardist.  When I say that I want to be an orchardist, I mean that I want to design a polycultural agro-ecosystem that mimics a temperate forest biome.  One of the qualities of trees that most endears them to me is one that I like to think that we share: we are deliberate in our work, taking the time to produce quality results.  A tree will not hurry up and grow.  It just won't.  A young tree planted today could take anywhere from three to thirty years, depending on the species, to produce material goods for human use.  Thinking in terms of ecosystems, it is often at least twenty years before a sapling matures to hold its own as part of a larger productive ecosystem.  The forest itself grows, matures, and is revitalized through disturbance on time scales that are barely commensurate with a generous human lifespan.

What I mean to say is that if I'm going put down roots for a permaculture agro-forest, I want to make sure that I will be able to stick around for the next fifty years or so.  The "culture" of permaculture, the practices and ideas, may be geared towards permanence, but the end result will always be something more like "temp-a-culture" unless farmers have long-term security in their land holdings.  A small farmer with a year-to-year land agreement is not likely to invest a significant portion of their precious time and energy to plant and manage an extensive orchard.  I believe that there is great potential for "edible forests," agricultural ecosystems that are both economically and ecologically sustainable.  However, this half-century experiment, along with countless innovations from the best and brightest of the next generation of farmers, could be lost, victims to an unsustainable property ownership model.

To recap thus far, the problem is that sustainable agriculture works best when farmers can stay in one place for a while.  One solution, then, is simple, at least to state: farmers need to own land.  However, in this
statement lies a near-infinite amount of complexity which points to fundamental problems in the way land is valued in modern society.  Farmers must compete in the open market against executives with deep pockets who want to buy a few acres where they can recuperate from the past few decades they spent getting enough money to buy that few acres of sanctuary.  This demand results in inflated land prices, especially in areas near major population centers where farms are even more important in maintaining a local food system.
We, as a society, have spent shamefully little effort addressing this problem of conflicting land uses.  Until we do so, farmers will almost always loose to CEO's, and good land will continue to be converted into unproductive estates.    I realized in Hawaii that I would not be able to support a mortgage for several hundred thousand dollars on a salary of $10 per hour during the good times and all the kale I could eat during the harder times.
Scattered across the map, there are a few individuals and organizations trying to come up with solutions.  Non-profit organizations and government programs that buy development rights from farmers who agree to keep their land undeveloped may provide one possibility.  However, these programs are the exception rather than the rule, and they generally do little to address the problem of allowing young farmers, the ones overflowing with enthusiasm, energy, innovation, but usually not cash, access to land. 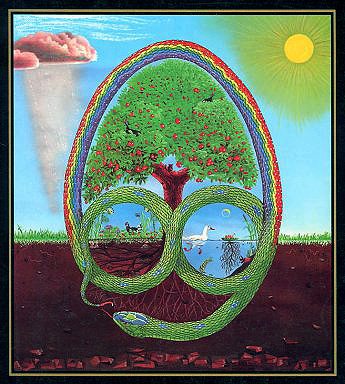 The resolution that I came to is not ideal, but it's a sacrifice that I am willing to make.  I am interested in direct-marketing to customers, both for the profit and the personal interaction, and I don't have the savings to buy a few good acres, even in the middle of nowhere.  Thus, I decided to look for some combination of decent land prices and a sizable population in the same geographical area.  My college degree helped me to get a "city job" in downtown Seattle.  I am currently looking for land within about an hour commuting distance (each way) that is not too outrageously overpriced.  My plan is to keep the city job for the next seven to ten years while I pay for the land and the young trees do their meticulous, beautiful work of maturing.  During this time, I will essentially have two full time jobs, one in an office and one in the trees, and I will spend a fair portion of every week day commuting.

My solution is not sustainable, as many other young farmers in my position would not have the desire to endure the long years ahead or the good fortune to get a job that pays city money.  If we do not address this situation, sustainable agricultural systems will never realize the full potential of the food, fuel, shelter, and beauty that trees and other elements of permaculture can offer.  We must act now, and we must talk to figure out how to act, so that permanent forms of agriculture do not become relics of a fading past.
To every farmer out there, thank you for helping to save the world,
Adrian