the peasantry fight for control 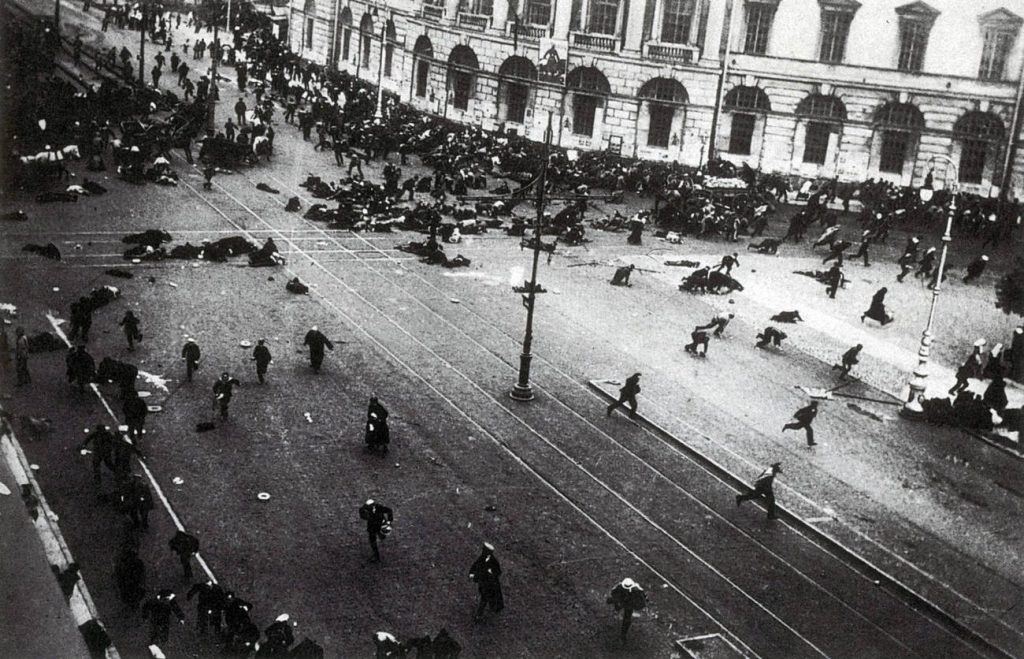 In a recent article about the 1917 February and subsequent October Revolutions, Jacobin magazine discuss how, as in so many other revolutions, boiling point was reached in the fields and among the peasant class. The peasants were discounted by many at the time, on the right and left alike as ignorant and unimportant, or in the word of Marx as “the class that represents barbarism within civilization.”

Throughout 1917, however, these supposedly backward people surprised their supporters in the intelligentsia with their clever revolutionary activity. While each region and village had its own nuances, the main structures of this largely self-generated politics shared many characteristics.
First, the peasants banded together to form village committees. They also called these organizations peasant committees, although trusted non-peasants were sometimes allowed to take part: teachers, priests, and even landowners found themselves participating in committee activities. The rural workers quickly excluded anyone from those groups who tried to dominate the organization.