the coolest thing... is to be a farmer 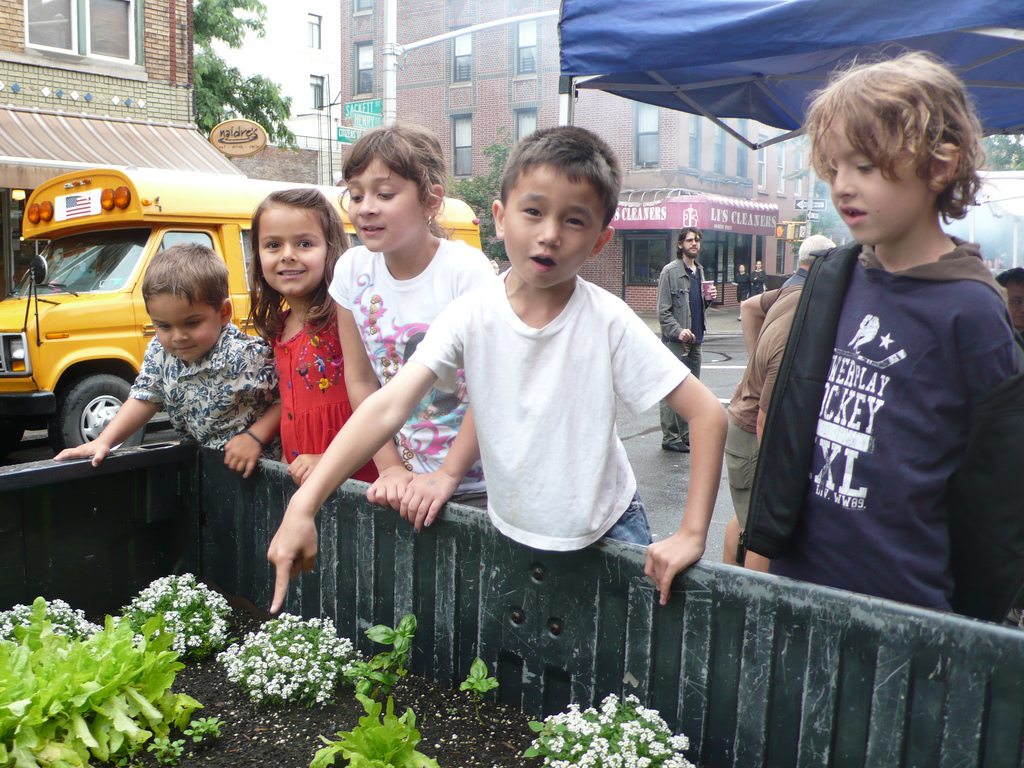 By Sarah Murray, FT.com. April 24, 2010.
Until a few weeks ago Callum Saunders’ tiny east London balcony was packed with planters – but not only ones containing flowers or herbs. In an experiment to see just what edible produce he could grow at his small flat in Hackney he filled small containers with rocket plants, lettuces, carrots and runner bean and tomato vines, documenting his micro-agricultural activities on a blog: londonvegetablegarden.blogspot.com.
Now, however, Saunders’ balcony is forlorn and empty after his move to Richmond, west London, and the acquisition, after a long wait, of an allotment. But with long queues for such plots in the UK (about 6m people would like one of just 200,000 available nationally, according to insurance company LV), other would-be urban farmers are following Saunders’ example and looking elsewhere for space to plant their vegetables.

As the world’s cities expand rapidly, demand for fresh, local produce increases and metropolitan authorities gradually start to ease planning restrictions, urban farming is being seen as a new source of food and more than a hobby for green-fingered apartment- and loft-dwellers. And Britain’s leisure horticulturalists are not the only municipal residents keen to grow their own produce. In developing countries citizens are using empty plots of land as sources of crops and income. In Rosario, Argentina’s third largest city, vermiculture (using earthworms to compost fruit and vegetable waste) is providing organic fertiliser for neighbourhood plots while in Kampala, the Ugandan capital, urban agriculture is now a substantial part of the informal economy, with about 35 per cent of households harvesting produce from gardens and abandoned plots of land.
However, while vacant corners of land and allotments in suburbs are part of the city farming picture, some argue that acres of potentially valuable farming “land” lie above street level on the roofs of apartment blocks, offices and factories. “There are a lot of flat roofs but we don’t always see them as assets,” says Sarah Gaventa, director of public space at the UK’s Commission for Architecture and the Built Environment (Cabe). Architects, she adds, often fail to include in their designs spaces that gardeners could use.
“We’re still designing flats without balconies,” says Gaventa, who points out that rooftops and terraces often lack the water supply needed to make this kind of gardening practical. “If you give people even a tiny bit of outside space they can do quite a lot of food growing, so in building design there’s a lot of [unrealised] potential.”
And, while health and safety legislation and planning laws do not always make it easy to capitalise on “greenable” spaces, the regulatory environment is changing. In the UK, informed by low-carbon policies, city authorities are starting to consider measures to promote the development of roof gardens. In cities such as New York tax breaks are available for building owners who invest in green roofs while authorities are starting to revise floor area ratio (FAR) zoning laws that currently limit the development of rooftops.
“The climate is changing for the better and the paradigm is shifting in terms of city policy towards food production. Hopefully the regulations will follow,” says Zak Adams, director of ecological design at BrightFarm Systems, a New York design consultancy that provides technical services for the development of top-floor greenhouses.
Finish the article HERE!