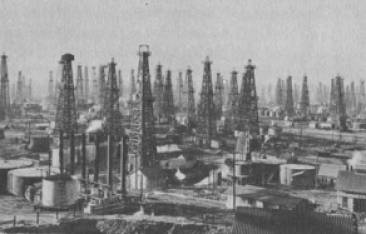 On October 25th and 26th the City University of New York will host a teach-in and public forum on Techno-Utopianism & The Fate of Earth. The purpose of the conference will be to give attendees a fuller understanding of how technological advancement has impacted the environment, as well as its impact on human cognition and social relationships. By broadening our understanding of the ever-developing threats to our earth, the conference will also open up the prospect of developing a new consciousness about political organizing and economic restructuring that can work against the increasing domination of technology in our time.

Jerry Mander, another speaker at the conference, has said in an interview from 2001 that “just as other creatures co-evolve with their environment, we are co-evolving with our technologies. In nature, creatures evolve by adjusting and reacting to other creatures. It used to be that way with human beings as well. But now we are co-evolving mainly with machines. Our compromise with them is that we start to become like them — we have to become a little like them in order to use them.”

Understanding the forms of this influence and possible responses to it will be a central theme of the conference.

“We need to understand how technology affects the whole system,” says Mander. “Although we may find computers to be very helpful, or television to be entertaining, or cars able to move us rapidly where we need to go, these things also have serious effects on the environment, on the speed of life, on the way we think, on how we view ourselves, on how we react with nature, and on how power changes in the system. All of these are systemic changes; they are things that happen in the system as a whole.”

However, it is not just a matter of lamenting the evils of technology; we also need to find a personal as well as collective political response to these challenges. “In my case,” says Mander, “I could go live on a farm and use oxen but I’m not sure that would be a net gain in the end. I have to decide what is necessary in order to stay in the process and share my ideas. We all live in a compromised situation. So we do the best that we can.”

To learn more about the Techno-Utopias conference, click HERE.