Milk-drinkers probably remember The Cornucopia Institute's report and scorecard on organic milk  (and if not, you should check it out) - - for many of us, it has become an invaluable tool in determining which organic dairy farms (and companies) should be trusted and supported. This time the Institute takes on Soy in "Behind the Bean".  The full report and organic scorecard are available online at www.cornucopia.org.  Below, some shots of rainforest destruction for soybean production. 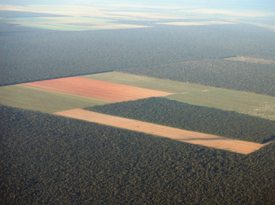 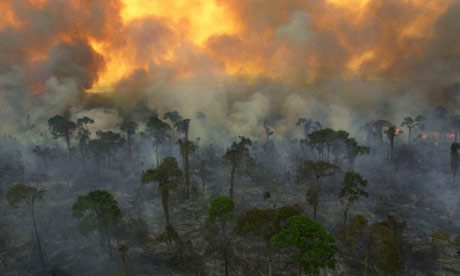