Somaliland's harshest drought is decimating the herder way of life and displacing thousands. 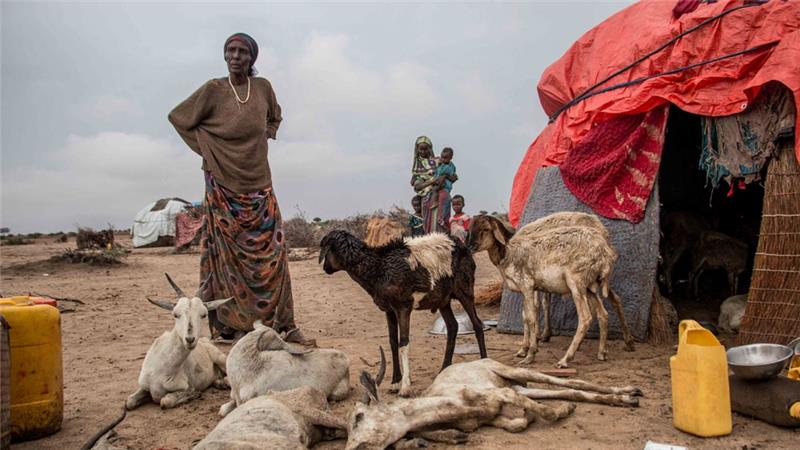 Hargeisa, Somaliland  - Swaths of Somaliland, a fragile, internationally unrecognised nation-state in the Horn of Africa, have been racked by one of the harshest droughts in two decades which is destroying livelihoods and pushing families into destitution.
When a storm broke in mid-November, Aicha Jama huddled her last-remaining sheep and goats out of their bush pen and into her own tiny hut.
Jama's handful of wretched animals, already close to death from starvation, could not bear a violent gale. "Two goats died from cold just now," Musa, Jama's nephew, told Al Jazeera.
In the drizzly aftermath, Jama carried the bony bodies of the survivors out of her hut and they crumpled, shivering with their hides soaked, the animals were too weak to hold their heads off the ground.
November's rain was some of the first to fall here for three years.
To read more, click HERE.