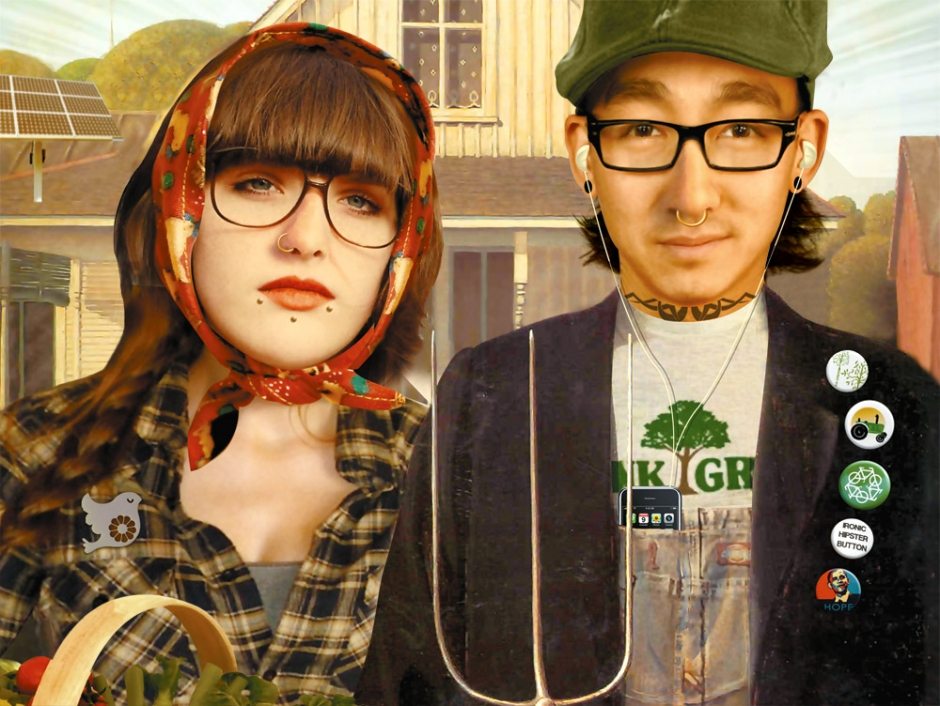 Seeds of Change
A new generation is bringing back small-scale, sustainable farming.
by Jordy Byrd in the Pacific Northwest Inlander
She's running. Her sandals kick up a cloud of dirt, which floats over the field of chickpeas and swirls in the wind. The view is part pastoral, part urban wasteland. Rusted freezer boxes and a multicolored school bus lie abandoned, slowly being swallowed by weeds.
Mary Kate Wheeler is running after a marmot, and neither it nor the wind will get the best of her today.
“The marmots have the first third, the weeds have the second third and we’ve got all the rest,” she says of Ornery Heron Farm, a small organic farm she shares with her boyfriend in Latah Valley, about a mile from downtown Spokane.
Wheeler is protective of her chickpeas. She’s raised them from seeds that had been stored in Washington State University’s seed vault for more than 30 years, making them older than she is. Wheeler, 26, wears rolled-up Carhartt pants and a floppy cowboy hat over her blond hair. Dirt smears her upper lip. A farmer’s tan streaks her forearms and lower back from hours bent picking weeds.
read the full article HERE