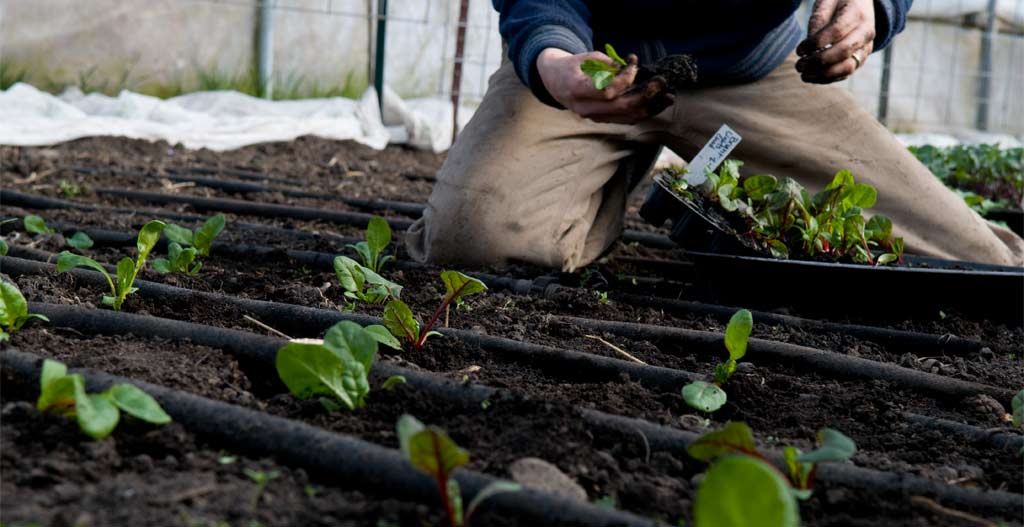 Rooted tells the stories of a new generation of farmers and ranchers in Montana through still photography and written profiles. I began this project in the spring of 2010 as an assignment for a photo-documentary journalism course at the University of Montana. At the end of that course, there was more that I wanted to do, so I extended Rooted to include other farmers, and it has become my professional paper, culminating my graduate work in the Environmental Studies Program. Rooted is the result of 13 site visits and interviews with new farmers and ranchers in Montana.
I chose to document new farmers for both personal and academic reasons. My personal reasons grow out of my experience working in agriculture on and off over the past 9 years. During that time I worked on a number of small-scale vegetable farms with people who were considered “new farmers.” In addition, a few of my close friends have started their own farms. Such tangible experiences with agriculture gave me an intimate look at the challenges and rewards associated with making a living from the land. The knowledge of what it actually takes to begin a farm led me to be curious about the reasons people have for deciding to start farming.
Academically I chose to document new farmers because there were a few trends that gave me pause when I thought about the future of agriculture. First, the average age of farmers in Montana is 59.i Second, in May of 2007 an important demographic milestone was passed—for the first time in human history the majority of human population was urban rather than rural.ii These statistics got some press, but the fact is in the United States this shift began early in the 20th century and over the last hundred years the structure of agriculture has changed dramatically. Now it seems that fewer people are moving to or remaining in rural areas in order to grow food. To me, all this begged the question, “Who will grow our food in the future?” I set out to shed some light on this question by talking with new farmers and ranchers in Montana. I wanted to know why they chose agricultural careers and what challenges they face as new farmers. I define “new farmer” as a person operating their own agricultural business for 10 years or fewer, though this definition gets blurred and complicated when referring to people who return to their family’s farm or ranch.
Admittedly, this project features only a few of the beginning farmers and ranchers in Montana. Many of those profiled here are small-scale vegetable farmers—a segment of the farming population markedly different from the grain farmers and ranchers that proliferate in the state. It leaves out many of the young people choosing to carry on their family’s agricultural businesses. My intention is not to provide an exhaustive study of the next generation of farmers and ranchers in Montana, but rather to show that there are people out there who desire to make a living from the land and are working to do so.
We too often forget in an era of relative abundance that food security—access to sufficient, safe, and nutritious food—is not always automatic. Governments have always had an interest in the farmers who grow the food that feeds its citizens; the farm bills, agricultural subsidies, and extension agents are also tools the government uses to support agriculture. All of us have an interest in seeing agriculture succeed—not just in terms of production, but also socially, culturally, economically, and environmentally. I hope, in some small way, this project is able to share the stories of the next generation of agriculturalists in Montana, show the places they call home, and convey the essence of their work. At the same time I hope to shed some light on the unique challenges facing new farmers and ranchers, and challenge all of us to think about steps we might take to support and encourage them.
More on the website!