on the dairy crisis

here is a re-post from the ethicurean...a bit dated, but important and serious stuff. We were wondering about this on the greenhorns radio show.
Not milk: The ingredient behind the dairy crisis
By Elanor @ 8:03 am on 10 March 2009. 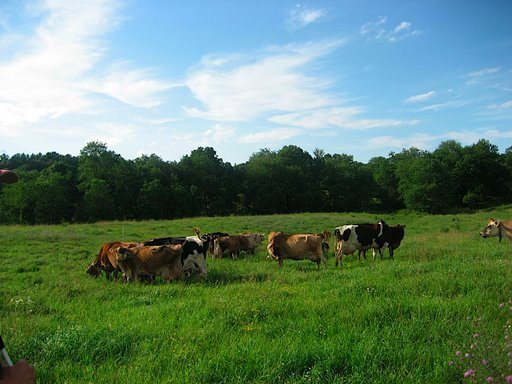 I have no idea what it would feel like to be a dairy farmer. I don’t run a business that was started by my father or mother or grandparents, or that I built myself; I don’t own and manage land that has been in my family for generations. Come to think of it, I’ve never really had to make a major business decision, let alone a decision that could determine my family’s future and the future of animals I raise and care for.
I can’t claim to know what it feels like to be a dairy farmer, but that doesn’t make the recent conversations I’ve had with dairy farmers any easier.
The Associated Press reports:
Hundreds of thousands of America’s dairy cows are bring turned into hamburgers because milk prices have dropped so low that farmers can no longer afford to feed the animals…. Dairy farmers say they have little choice but to sell off part of their herds for slaughter because they face a perfect storm of destructive economic forces.
Or, in the words of the Minnesota farmer I talked with on Friday, “This could be it - this could really be it. What are we going to do?”
continue reading here