On Greenhorns & Sustainable Ag in Thailand

A Greenhorn in the U.S. recently told me, "big business has made sustainable 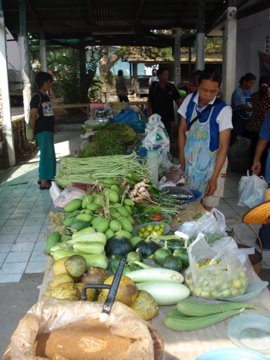 farming seem obsolete." Living here in northeastern Thailand, it's easy to think so. Farmers struggle to hold on to their land in the face of mounting debt. Most young rural people leave home for Bangkok or other industrial centers to find work. And despite last year's rise in rice prices, farmers are increasingly moving to plant cash crops like cassava, corn, sugarcane, eucalyptus and rubber. The Green Revolution's legacy essentially amounts to 50% deforestation and corporate consolidation of the food system.
The global food crisis has created opportunities for agro-industry and brought food insecurity for many nations in Southeast Asia. In 2008, export-oriented, agro-industrializing Vietnam and Thailand restricted exports, while the net-importing Indonesia and 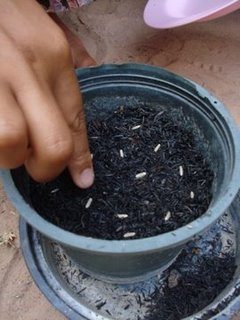 the Philippines experienced major shortages. Yet corporations have only benefited with hefty profits. Charoen Pokphand (CP) controls agricultural production through the contract farming of poultry and fish. Monsanto dominates the commercial seed market, selling rice and corn seeds through state-run cooperatives and mills. Farmers buy their Bayer pesticides and Monsanto Round-Up herbicides from local mills and the government-owned agricultural banks. As agro-industry dominates the landscape - driving between Surin and Bangkok, you are guaranteed to see at least 8 different CP processing facilities or mills - it may seem that sustainable farming here is obsolete.
Yet the key word here is seem.
Much like the Greenhorns and other sustainable farming movements in the U.S., our grassroots movement continues on a small-scale, working in local communities. And we're gaining momentum. This movement is made up in part by Thailand's Alternative Agriculture Network: a coalition of farmers' groups, NGOs, activists and community organizers that works to support and promote sustainable agriculture in Thailand. The AAN connects small-scale farmers with information about government policy and mobilizes campaigns for community resources, alternative markets and youth in agriculture.
Though many small-scale farmers in our network have faced uncertainty in this economic crisis, Thailand's sustainable agriculture movement remains an important voice for food sovereignty. The integrated, organic rice farmers here in Surin are thriving, with growing consumer support at our local Green Market. At our annual Indigenous Seeds Campaign event last week, Pakphum Inpaen, a farmer and seed saver from the Rice Fund Surin Cooperative argued, "It's now time that people should consume information about what they eat - for their own health and for change in our society." Awareness is increasing and interest in local foods and indigenous rice varieties can only be supported further by consumer access and support.
We are engaged in a movement about the future of sustainable farming and food. We are fighting the same fight against GMOs, unfair trade and agribusiness cure-alls to the food crisis (among a long list of other injustices and unsustainable systems). Though we may sometimes feel that our struggle against agribusiness may go unnoticed, we'll keep making our voices heard! Pi Nong (brothers and sisters), let's keep creating stronger networks of solidarity, so we can make it more than just seem like sustainable agriculture is a viable alternative.
- Bennett Haynes
Surin Farmers Support (SFS) works with about 400 small-scale rice farmers (3 to 12 acres) to develop an alternative agricultural system that promotes sustainable livelihoods, community food security and environmental conservation. SFS also works with Rice Fund Surin, a Fair Trade certified rice cooperative that sells rice locally in Surin and exports to markets in the U.S., Europe, and Asia. SFS also works closely with Thailand's Alternative Agriculture Network (AAN), which coordinates campaigns on agriculture and trade policy reform. Together with ENGAGE, a coalition of returned study abroad students that works with peoples and social movements working to support a just and sustainable world, our network has organized 7 speaking Fair Trade and trade justice tours around the U.S.