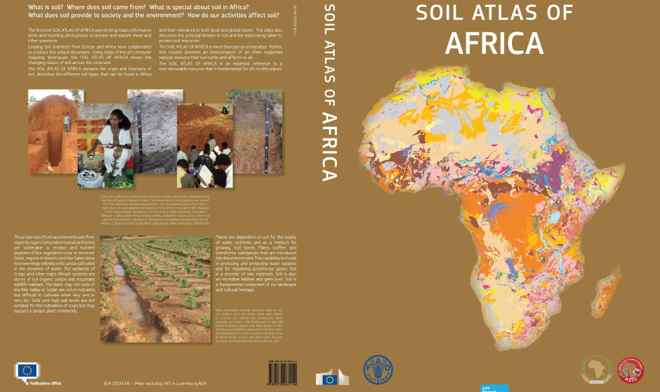 Scientists have compiled the first soil atlas of Africa to help the general public, policymakers, land users, and scientists understand and manage the continent’s key resource.
Put together by a team of experts from the European Commission, the African Union, and the U.N. Food and Agricultural Organization (FAO) over the past four years, the 176-page atlas aims to inform stakeholders of the continent’s varying patterns of soil, and of the need to conserve and manage it sustainably.
"With a population of over 1 billion people and growing, conflicting or competing demands are placing intense and increasing pressures on the remaining land," the project’s website explains. "Soil degradation has multiple consequences. Perhaps the most pressing is that it contributes directly to a decline in per capita food production, especially in smallholdings throughout Africa."
In an introduction to the atlas, Arwyn Jones, a member of the soil team at theLand Resource Management Unit of the European Commission's Joint Research Centre, said that soil in Africa is generally undervalued and that there was a lack of knowledge and limited scientific data on soil in many countries. The atlas aims to help fill this gap.
The Soil Atlas of Africa can be downloaded for free from the European Commission’s European Soil Portal website, and is also available in hardback. In a separate initiative, the African Soil Information Service (AfSIS) is currently working on the first digital map of Africa’s soil, which should be completed by the end of 2013.