a failure to do life-cycle analysis of treating all carbon as a fuel! 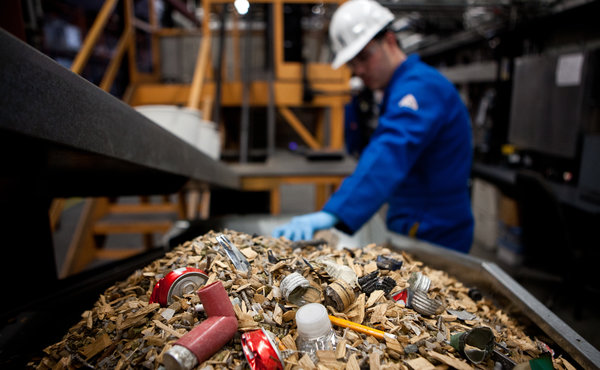 Trash Into Gas, Efficiently? An Army Test May Tell
By PAUL TULLIS
There is an indisputable elegance to the idea of transforming garbage into fuel, of turning icky, smelly detritus into something valuable.
But big drawbacks have prevented the wholesale adoption of trash-to-gas technology in the United States: incineration is polluting, and the capital costs of new plants are enormous. Gasification systems can expend a tremendous amount of energy to produce a tiny amount of electricity. Up to this point, it hasn’t seemed worth the trouble.
Mike Hart thinks that he has solved those problems. In a former Air Force hangar outside Sacramento, his company, Sierra Energy, has spent the last several years testing a waste-to-energy system called the FastOx Pathfinder. The centerpiece, a waste gasifier that’s about the size of a shower stall, is essentially a modified blast furnace. A chemical reaction inside the gasifier heats any kind of trash — whether banana peels, used syringes, old iPods, even raw sewage — to extreme temperatures without combustion. The output includes hydrogen and carbon monoxide, which together are known as syngas, for synthetic gas, and  can be burned to generate electricity or made into ethanol or diesel fuel. The FastOx is now being prepared for delivery to Sierra Energy’s first customer: the United States Army.
Read the rest of the article at NYTimes.com here.