Where land prices rose 26% in 2012, mostly because of fracking speculation. 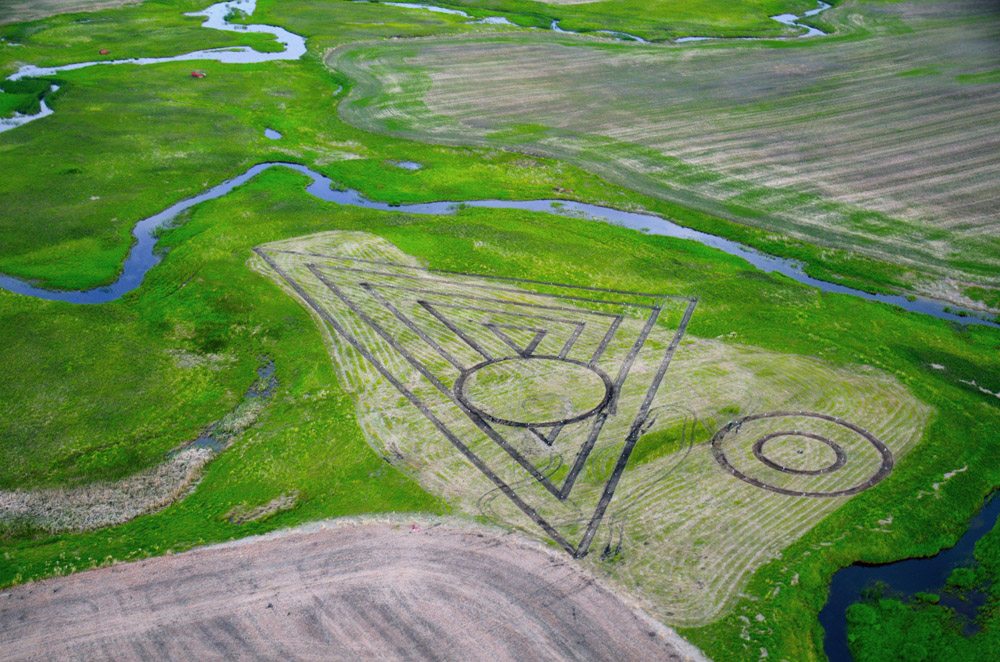 SATELLITE FIELDS is a series of large-scale tree formations planted in North Dakota. Covering 4 acres of land, each piece will be large enough to appear in satellite surveillance of the area, so that the formations can be visited two ways: in-person and via internet programs such as Google Earth.