A VALUABLE REPUTATION
After Tyrone Hayes said that a chemical was harmful, its maker pursued him.
By Rachel Aviv for The New Yorker; February 10, 2014 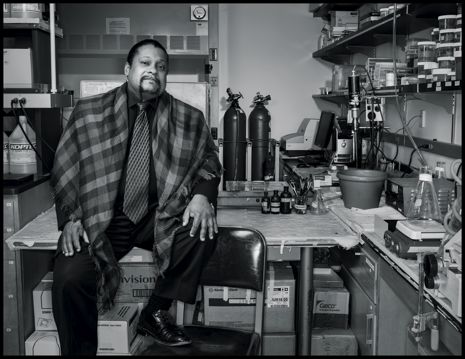 In 2001, seven years after joining the biology faculty of the University of California, Berkeley, Tyrone Hayes stopped talking about his research with people he didn’t trust. He instructed the students in his lab, where he was raising three thousand frogs, to hang up the phone if they heard a click, a signal that a third party might be on the line. Other scientists seemed to remember events differently, he noticed, so he started carrying an audio recorder to meetings. “The secret to a happy, successful life of paranoia,” he liked to say, “is to keep careful track of your persecutors.”
read the full text HERE