"hydroponics is not organic — it’s not even agriculture" 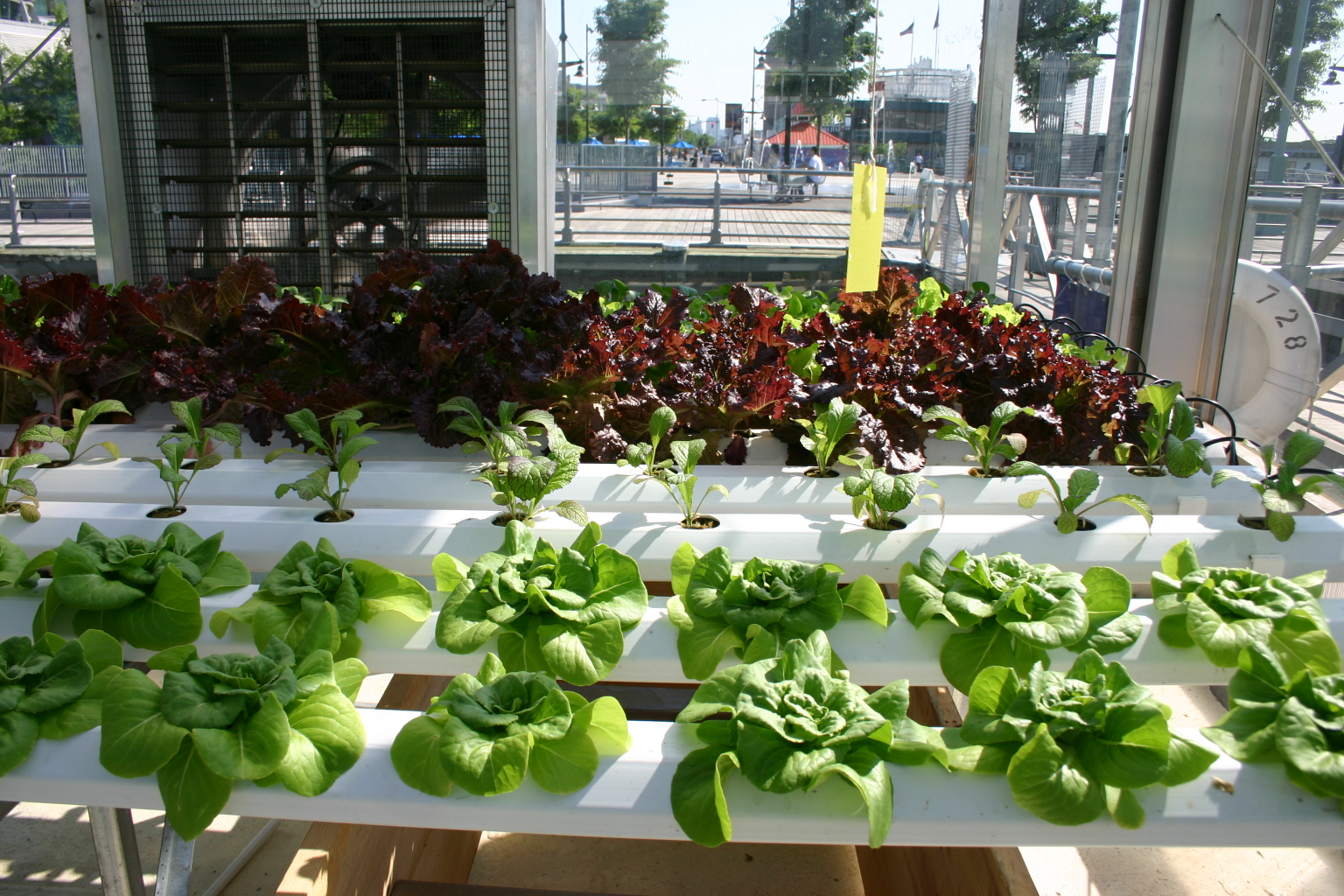 Last week we asked the Greenhorns network what you think about the vertical farm. A perennially contentious idea, are hydroponics the way to the future or are they a hackneyed and ultimately artificial solution to the current crises of our food systems. The following submission on hydroponics comes from Matthew Hoffman, a Fulbright Scholar, Norwegian Centre for Rural Research, who argues vehemently that hydroponic farming be removed from organic certification.  Send us your opinions at [email protected]!
The farmers market in Jack London Square in Oakland, California was a bustling scene when I worked there in the late 1990s, and my customers liked to tell me how devoted they were to organic agriculture.
I remember one devotee in particular.  Her tote bag bulged with produce and her brow wrinkled beneath the brim of her floppy hat as she stopped one day to study the sign above my new display of organic flowers.  At length she turned to me and said, “How can flowers be organic?”

This was not the first time that I realized a devoted customer had no idea what organic meant.  So I explained to her about how organic farmers take care of the land, maintaining healthy soil and a healthy environment for plants to grow in without the use of synthetic chemicals—and how organic practices apply just the same to flowers and fields of grass as to lettuces and bell peppers.
She nodded thoughtfully and seemed to appreciate this explanation, but then she frowned again and asked, “What does it matter if you’re not eating them?”
Then it was my turn to stare and wrinkle my brow as the gears slowly turned in my head.
My path to farming had originated in my love for rural life and I was drawn to organic farming in particular on account of being an ardent environmentalist.   I believed in organic farming because I understood it to be healthier for the planet and healthier for farmers and rural communities.
Although my customer and I were both enthusiastic about organic farming, there was almost no overlap in the reasons for our enthusiasm.

Farms like this one are what many people mean to support when they support organic agriculture.

That was before the national organic standards.  At that time, at least at home in New England, organic agriculture was nearly synonymous with local, small-scale agriculture.  To support the one was to support the other.  Since that time, the organic food industry has become increasingly concentrated, with much of it owned by the same few companies that produce conventional food.
Organic production expanded rapidly, but at the same time became divorced from the movement to create an alternative food system.  As this happened, the original organic farmers and their supporters shifted gears and began to emphasize the importance of place and scale.  In this way, the local food movement was born.
As a movement, sustainable agriculture is a reaction against modern agriculture’s tendency to do away with the complex natural processes and relationships on which farming used to depend.
The essential difference lies not in any particular set of techniques, but in the way the different systems are organized.  In the past, for example, plants and animals were raised in the same place and fertility was returned to the soil in the form of animal manure.  Today, animals are kept by the thousands in large buildings in some parts of the country, where their waste becomes a problem, while other parts of the country are transformed into endless miles of corn, treated with synthetic fertilizer that pollutes the waterways.  In both places, countryside and country life disappear.
The purpose of sustainable agriculture—viewed as a system, rather than a set of techniques—is to reorganize production in a way that maintains healthy rural landscapes and healthy communities.  Organic farming practices are an important part of this broad project.  It is frustrating therefore that many consumers, like my devoted customer, regard organic agriculture simply as a technique for producing food without pesticides.
This brings us to hydroponics—the practice of growing plants without soil, either in a greenhouse or under artificial lights, with the plant roots either suspended in water or held by a neutral material such as perlite or shredded coconut husks.  Nutrients are delivered to the plants in a form that can be immediately absorbed.  Growing plants this way can be both water- and energy-efficient, and the controlled environment means that it can be done without herbicides or pesticides.  The scale of hydroponics can range from a Brooklyn apartment to a company like Driscoll’s that has hundreds of acres of hydroponic greenhouses.
The USDA currently allows organic certification for hydroponic production, and in late November they deferred making a decision about whether they will continue to allow it.  The next meeting of the National Organic Standards Board is in April.
Many organic farmers are adamantly opposed to organic certification for hydroponics.  The most straightforward reason for this is that the practice of organic farming focuses on taking care of the soil, and hydroponics doesn’t use any soil.
“We’re in a greenhouse,” said one hydroponic grower in an NPR interview.  “We’re not doing anything with the land, good or bad.  We’re simply choosing not to use land at all.  Does that make us not organic?”

In answering this question, let us not focus overmuch on the question of soil versus coconut husks.  Greenhouses and containers are an essential part of growing vegetables and many sustainable farmers use them as a stage in their production systems.  What does this mean for whether their products are organic?  It doesn’t mean anything—the term doesn’t even make sense in reference to food.  It makes sense in reference to whole farming systems.

The debate over hydroponics reveals the big question about the term organic:  Is it meant to refer to the practice of sustainable agriculture, or is it meant simply to refer to food products that are free of harmful chemicals?  Many consumers expect it to have the latter function.

The bigger picture is that sustainable agriculture is fundamentally about stewardship of the land.  It is not food, but farms that are or are not organic, according to how they treat the land.
Hydroponics in itself is the ultimate separation of food production from nature and the substitution of every last input with something that can be commodified and controlled without any need to care for the natural environment at all.
Hydroponics may be a fine way to grow food and it might be an important part of how cities feed themselves in the future, but it’s no more a form of sustainable agriculture than producing wood fiber in a laboratory is a form of sustainable forest management.
Although the term organic has lost a lot of meaning since the federal standards kicked in, many supporters still associate it with a form of agriculture—one that as a system is intended to provide a range of land stewardship functions that are completely beyond the scope of hydroponic production.
By allowing hydroponics to be certified as organic, the USDA displays an understanding of sustainable agriculture little different from that of my devoted farmers market customer 20 years ago—and one that overlaps just as little with the interests of organic farmers.