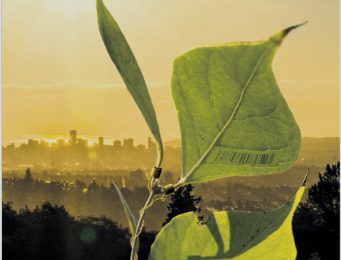 The Heinrich Boll Foundation and the ETC Group recently released a 20 page report about the ill defined and understood "Climate Smart Agriculture". Unsurprisingly the agro-industrial sector has embraced these developments that rely heavily on synthetic biology. Synthetic biology sometimes dubbed “genetic engineering on steroids,” broadly refers to the use of computer-assisted, biological engineering to design and construct new synthetic life forms, living parts, devices and systems that do not exist in nature. Proponents maintain that designer crops and entirely genetically new products are the way forward in the fight against climate change. The lobbying power of this sector is significant, we cannot allow them alone to dictate the future of the food system.
The report identifies the major players behind the scenes of the climate smart brand including the UN FAO and the World Bank, both of whom have shown a stunning lack of comprehensive understanding of complex issues in the past.

The world cannot rely on high-tech fixes to solve problems of poverty, hunger and climate crisis. Governments meeting in Paris for UNFCCC COP21 must reject corporatized “Climate-Smart agriculture” and, instead, promote Climate-Resilient strategies based on Agroecology

It also goes in more details about the nature of synthetic biology and offers a critique of synthetic biology projects that aim to hack plants to the extent that they can increase nitrogen fixation and create self-fertilizing plants to reduce the need to apply such intensive levels of fertilizer.
Perhaps the most interesting and terrifying aspect of the study is their analysis of Gene Drive technology. Which would theoretically be released into the wild to make weed populations more susceptible to Roundup and potentially other herbicides. This would have the effect of altering ecosystems to extend the commercial viability of particular agrochemicals. If Gene Drive technology is allowed to proceed agrochemical companies will be essentially given a free license to decide what is a weed and what is not. Think about that for a moment. Who is to say that this technology would not be used to eradicate species that industry finds inconvenient, there are thousands of plant species that are considered weeds by some but medicine by others. Gene Drive technology could and would be deployed to further remove control and autonomy from regular people and consolidate it at the top of the power pyramid. This cannot be allowed to happen.

More than 350 civil society organizations from around the world (including social movements, peasant/farmers’ organizations and faith-based communities) are urging negotiators in Paris to reject the “Climate-Smart” brand of the Global Alliance