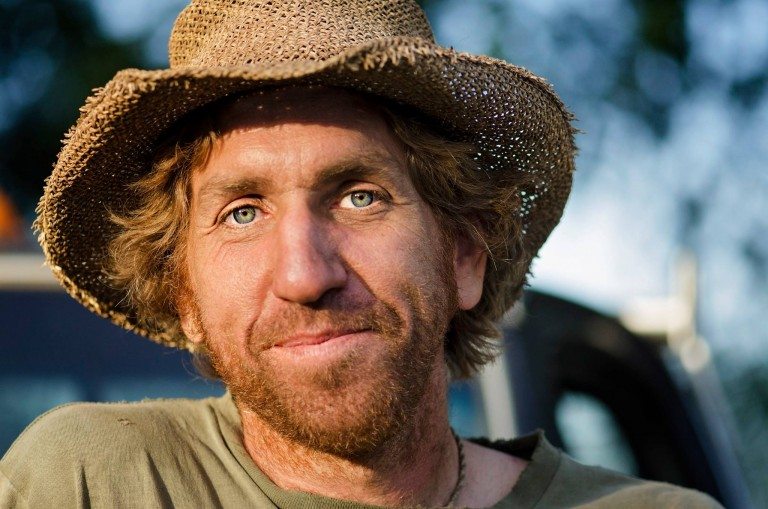 Would you describe yourself as a long-time farmer and environmental activist?

Not at all. I used to be a redneck. I used to race cars and motorcycles and snowmobiles… I was a motorhead. I don’t want people to think I was always like this, because then they’re like “oh, they were just brought up that way by parents that…” it’s like no, no: I was raised by wolves.
I ate nothing but garbage growing up. Until I was probably in my early 20s I ate nothing but shit. Like, garbage, American, supermarket food. When I would go shopping, I would buy the cheapest food I could possibly find, I was literally after the cheapest calories I could possibly find at the supermarket, right up until my mid-20s.

When did that start to change?

Well, I met a girl that I ended up getting married to and she was vegetarian, and so I started eating a vegetarian diet. Which is still completely disconnected and completely clueless as to what your eating and where it’s from, it’s just you’re not eating meat. And that’s where I was at for probably a good eight years, until my early 30s.
Eating shit tons of grain, lots of dairy and cheese, but just no meat.
But then I met a guy in Tasmania that basically just said “Dude, what are you doing?” and kind of told me in a very blunt manner that what I was doing was really not conducive to what I was telling myself I wanted to do, which was actually care. He just told me the blunt truth, and I couldn’t refute what he was saying. It was tough… but, like…
A lot of people, when you tell them the truth, they get pissed off, because their egos can’t handle it, and so they want to dismiss what the person said, but I couldn’t do that in this situation. I was just clueless and when this guy gave me a clue, I couldn’t return to being clueless.
Keep reading HERE.