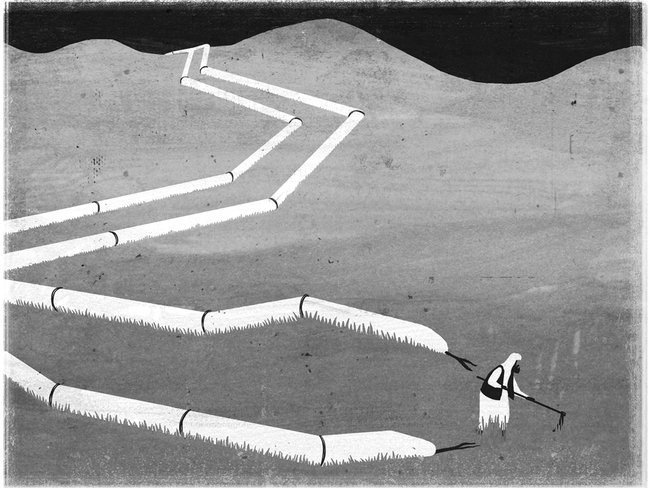 Afghanistan’s Last Locavores
By PATRICIA McARDLE
MANY urban Americans idealize “green living” and “slow food.” But few realize that one of the most promising models for sustainable living is not to be found on organic farms in the United States, but in Afghanistan. A majority of its 30 million citizens still grow and process most of the food they consume. They are the ultimate locavores.
During the 12 months I spent as a State Department political adviser in northern Afghanistan, I was dismayed to see that instead of building on Afghanistan’s traditional, labor-intensive agricultural and construction practices, the United States is using many of its aid dollars to transform this fragile agrarian society into a consumer-oriented, mechanized, fossil-fuel-based economy.
In 2004, the Department of Energy carried out a study of Afghanistan. It revealed abundant renewable energy resources that could be used to build small-scale wind- and solar-powered systems to generate electricity and solar thermal devices for cooking and heating water.
Rather than focus on those resources, the United States government has spent hundreds of millions of dollars to build large diesel generators and exploit the country’s oil, gas and coal reserves. The drilling of new oil wells may provide unskilled, poorly paid jobs for some locals, but the bulk of the profits will likely flow overseas or into the pockets of a few warlords and government officials.
Read the rest of the article here.