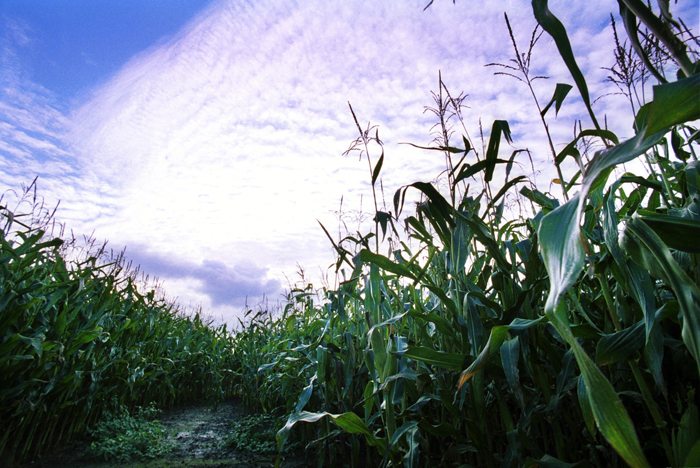 Genetic modification actually cuts the productivity of crops, an authoritative new study shows, undermining repeated claims that a switch to the controversial technology is needed to solve the growing world food crisis.

The study – carried out over the past three years at the University of Kansas in the US grain belt – has found that GM soya produces about 10 per cent less food than its conventional equivalent, contradicting assertions by advocates of the technology that it increases yields.
Professor Barney Gordon, of the university's department of agronomy, said he started the research – reported in the journal Better Crops – because many farmers who had changed over to the GM crop had "noticed that yields are not as high as expected even under optimal conditions". He added: "People were asking the question 'how come I don't get as high a yield as I used to?'"
He grew a Monsanto GM soybean and an almost identical conventional variety in the same field. The modified crop produced only 70 bushels of grain per acre, compared with 77 bushels from the non-GM one.
The GM crop – engineered to resist Monsanto's own weedkiller, Roundup – recovered only when he added extra manganese, leading to suggestions that the modification hindered the crop's take-up of the essential element from the soil. Even with the addition it brought the GM soya's yield to equal that of the conventional one, rather than surpassing it.
The new study confirms earlier research at the University of Nebraska, which found that another Monsanto GM soya produced 6 per cent less than its closest conventional relative, and 11 per cent less than the best non-GM soya available.
The Nebraska study suggested that two factors are at work. First, it takes time to modify a plant and, while this is being done, better conventional ones are being developed. This is acknowledged even by the fervently pro-GM US Department of Agriculture, which has admitted that the time lag could lead to a "decrease" in yields.
But the fact that GM crops did worse than their near-identical non-GM counterparts suggest that a second factor is also at work, and that the very process of modification depresses productivity. The new Kansas study both confirms this and suggests how it is happening.
A similar situation seems to have happened with GM cotton in the US, where the total US crop declined even as GM technology took over. (See graphic above.)
Monsanto said yesterday that it was surprised by the extent of the decline found by the Kansas study, but not by the fact that the yields had dropped. It said that the soya had not been engineered to increase yields, and that it was now developing one that would.
Critics doubt whether the company will achieve this, saying that it requires more complex modification. And Lester Brown, president of the Earth Policy Institute in Washington – and who was one of the first to predict the current food crisis – said that the physiology of plants was now reaching the limits of the productivity that could be achieved.
A former champion crop grower himself, he drew the comparison with human runners. Since Roger Bannister ran the first four-minute mile more than 50 years ago, the best time has improved only modestly . "Despite all the advances in training, no one contemplates a three-minute mile."
Last week the biggest study of its kind ever conducted – the International Assessment of Agricultural Science and Technology for Development – concluded that GM was not the answer to world hunger.
Professor Bob Watson, the director of the study and chief scientist at the Department for Environment, Food and Rural Affairs, when asked if GM could solve world hunger, said: "The simple answer is no."