is it time for civil disobedience?  the folks behind this website think so:
Beyond Talk.net
Tired of hearing about climate change? Then do something. Now. 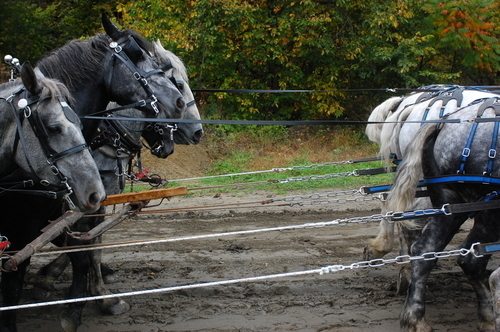 December 7-18, 2009, the world's leaders will meet in Copenhagen to decide what to do about climate change.
If this meeting were held today, it would produce an agreement - but it wouldn't be strong enough to do much good.*
In order to bring global CO2 back to the safe zone, we need to make massive emissions cuts now. There's only one way we can achieve that: we need to turn the political heat way up.
The good news is that in today's new political climate, civil disobedience works. This past spring, thousands of people risked arrest in order to shut down the coal-fired plant that supplies Congress's power. The next day it was announced that the plant would stop burning coal forever.
But time is far too short to shut down one power plant at a time. Right now, we need:
* an end to the subsidies that let fossil fuel companies enrich themselves at the expense of the future, and the laws that let them lobby against us
* climate justice for the countries that have done nothing to cause the problem, but are already feeling the early effects
* an end to industrial logging of primary forests
* a carbon tax
* an immediate political solution grounded in reality - meaning we've got to cut our emissions a lot