Severine reports on a mid-April train ride.
Did you know that it's forbidden to take a bicycle on Amtrak?
This blog post has little to do with rural revivals or sustainable agriculture--or does it? 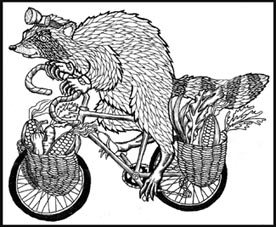 Bikes on trains is in fact a micro-parable of exactly the kind of transportation paradigm that we are working towards...I support bikes on trains as unambiguously as I support solar powered choclate.
I have been working on reducing my use of the car, and the dependency culture that it tends to incubate in our V-8 society--so usually I don't drive anywhere. In California, I used to take a foldy bike on the BART, down to the Zipcar station or City Car Share, and in NYC I take the foldy bike in the Subway or in the taxi, and even on the airplane--Airhitch anyone?
So imagine my horror and total shock to discover that bikes are forbidden on Amtrak. Really. 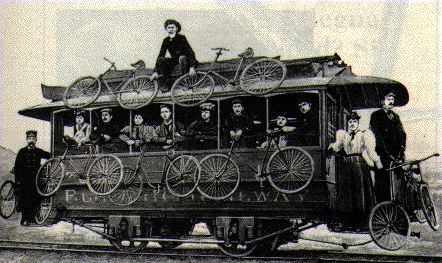 Bikes, even folding bikes that are far smaller than a hockey bag, far smaller than golf clubs, far smaller than all of the innumerable chattels of the travelling public--bikes are not allowed on Amtrak--by virtue of being bikes. Instead the policy is that you must box your bike and pay fifteen dollars (in cash) to have it sent under the train. 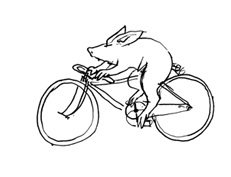 This is a situation which must be remedied. I worked for a summer in Scotland and every weekend took my bike on a train to a ferry to another train on adventures all around the hebredies and highlands. On Virgin I could have my bike and wireless internet! Sometimes I was suppsed to have reserved a place for the bike, or it had to go in a certain compartment. But over the course of three months NEVER was I denied access to the train I wanted to catch. Not even once. 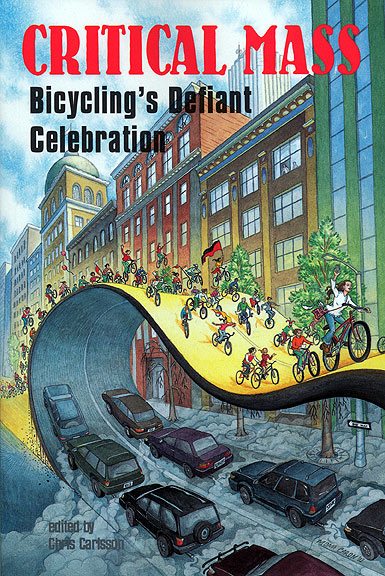 While my googles looking for activism about bikes on trains yielded little--I wanted to make sure everyone in the greenhorns blog world (and there are apparently 150 readers per day) knows about the tremendous resources that do exist for cyclists and other alternative transportation junkies--Bikes Aboard, seat61.com, Bikes not Bombs, Rock the Bike,  Two n Fro--fancy pants and formal shoes with bike clips on the bottom, bike blenders, bike touring, Ginger Ninjas--also the bike programs that use pedal power to pump well water, or grind grains in Guatemala, and let us not forget the phemonmenon for whom the blog is named: Critical Mass. Generally the critical mass is self-organizing by city, similar to Food not Bombs, but there is a great directory of critical mass at critical-mass.info.
As the tremendous success of Paris's bike rental program shows, the ridership for sustainable conveyance modalities is untapped--people are willing to break free of car culture--if only we can be given a chance.

If anyone out there is interested to start a campaign for BIKES ON TRAINS with me--please email [email protected]
p.s. Amtrack does neither allow rabbits on board--needless to say with four of the former, it took me three hours to cry my way to the top of the bureaucracy in Penn Station and finally just break all the rules and get on the bloody train with a red cap to help it happen.