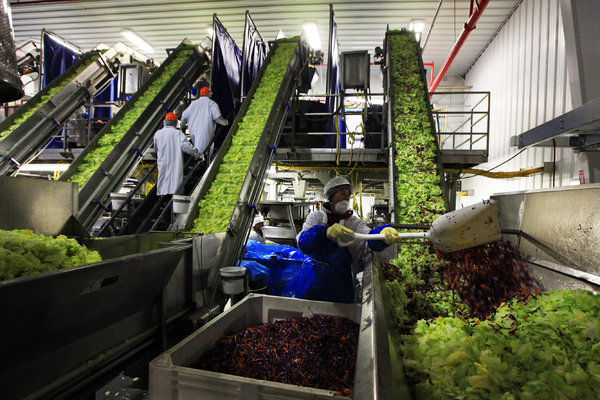 Taylor Farms, Big Food Supplier, Grapples With Frequent Recalls
By STEPHANIE STROM
Taylor Farms, the large vegetable producer whose salad mix is being investigated in connection with an outbreak of illness involving hundreds of people in 22 states, has had an unusual number of voluntary recalls for potentially tainted products in the last three years.
The recent investigation of greens used at Olive Garden, Red Lobster and possibly other restaurant chains follows three recalls by Taylor Farm this year. The company initiated three others in 2012 and three in 2011, according to the Food and Drug Administration.
Bruce Taylor, chief executive of Taylor Farms, attributed the number of recalls to the sheer size of his company — it sells as much salad as its next three largest competitors combined. “Just if you do the sheer math, our recalls relative to our size are fewer than anybody else,” Mr. Taylor said.
Full article here.