thanks to greehorns ally Paige Churchman for alerting us to this and sending this note. Sign the petition at the end of the post!
Bed-Stuy Farm (started by Brooklyn Rescue Mission, which was one of the Brooklyn Food Conference sponsors) is at risk of losing half its land. 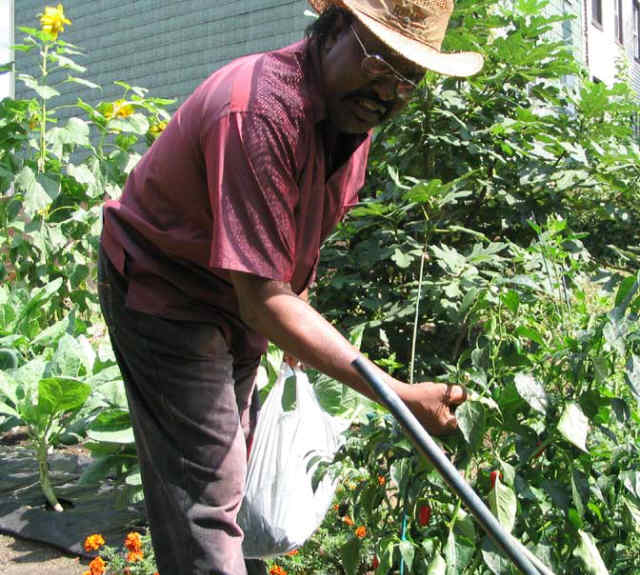 For five years the Jacksons have tried to track down the owner to get permission to grow on the abandoned lot adjacent to their land. It’s been extremely frustrating. The City doesn’t know who owns it, but when someone breaks the locks at night and dumps a truckload of construction debris on the land (this happened twice four years ago), the City fines the Jacksons.
They are producing 7000+ lbs of produce a year and feeding 3000 people a month. The farm is also an educational center as well as a social magnet. Tonight, for example, there’s a workshop on soil health taught by high school students.
Now the Housing Preservation and Development Department wants to sell the lot to pay off a debt. The Jacksons have started gathering signatures (they want 1200) to send a petition to all their elected officials. They want HPD to sell one of its many other lots instead. HPD is trying to offer those other lots to the Jacksons but it would be weird to break the farm in half, and right now the double lot gives them the sun they need. The plants love it. The birds and the bees love it. The community loves it.
Please sign the petition to save the farm here: http://ow.ly/ivnZ
Further Reading:
The Daily News
Brooklyn Rescue Mission co-founder Reverend DeVanie Jackson’s speech from the Brooklyn Food Conference