bad news for those of you following the dicamba issue... 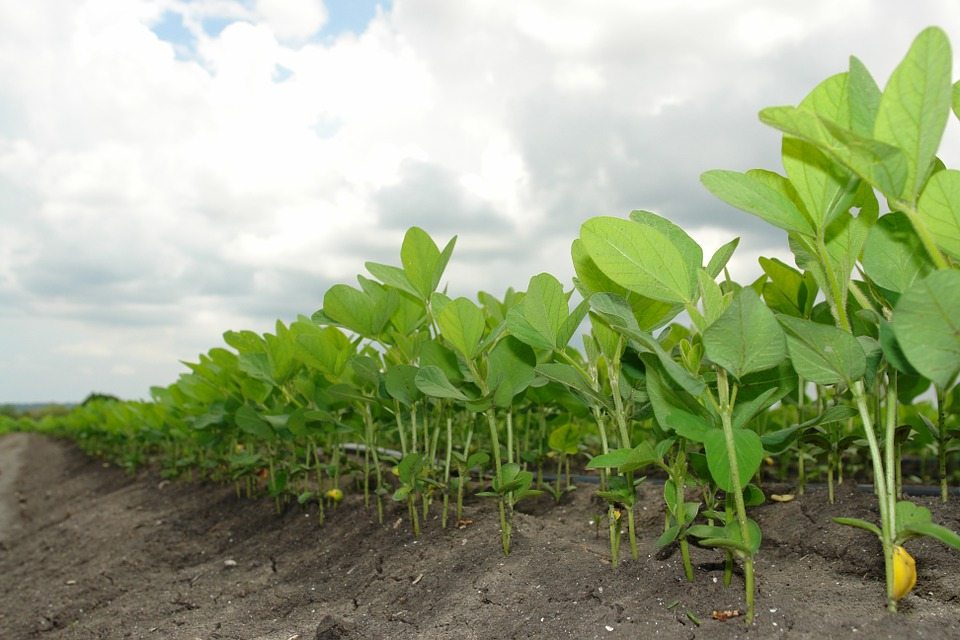 The EPA has finally announced its decision on dicamba last week. The department, headed by Scott Pruitt has decided to allow farmers to continue to spray the weed killer on Monsanto soybean and cotton crops. With increasingly widespread use of roundup and other weed killers, many invasive weeds have become resistant over time. Dicamba is marketed as a product that can replace these now ineffective weed killers. There is no mention of what is to happen when Dicamba also fails to be an effective weedkiller, although if we keep spraying our food and environments with poison, we may not be around to have to contend with this problem. (After all, there is significant evidence to suggest that the use of pesticides over the last few decades has lead to a rapid increase in colony collapse and pollinator deaths.)
The use of dicamba is not just a problem for the animals and people who end up as the eventual consumers, or for the farmer who chose to employ it on their land. It's toxicity be confined within the borders of a particular piece of land and there is a huge risk of drift into neighbouring farms. Diamba cannot be contained just the latest EPA regulations are a feeble attempt to do just that. This is the text of their October 13th press release:

EPA has reached an agreement with Monsanto, BASF and DuPont on measures to further minimize the potential for drift to damage neighboring crops from the use of dicamba formulations used to control weeds in genetically modified cotton and soybeans. New requirements for the use of dicamba "over the top" (application to growing plants) will allow farmers to make informed choices for seed purchases for the 2018 growing season.
"Today's actions are the result of intensive, collaborative efforts, working side by side with the states and university scientists from across the nation who have first-hand knowledge of the problem and workable solutions," said EPA Administrator Scott Pruitt. "Our collective efforts with our state partners ensure we are relying on the best, on-the-ground, information."
In a series of discussions, EPA worked cooperatively with states, land-grant universities, and the pesticide manufacturers to examine the underlying causes of recent crop damage in the farm belt and southeast.  EPA carefully reviewed the available information and developed tangible changes to be implemented during the 2018 growing season. This is an example of cooperative federalism that leads to workable national-level solutions.
Manufacturers have voluntarily agreed to label changes that impose additional requirements for "over the top" use of these products next year including:

Manufacturers have agreed to a process to get the revised labels into the hands of farmers in time for the 2018 use season. EPA will monitor the success of these changes to help inform our decision whether to allow the continued "over the top" use of dicamba beyond the 2018 growing season. When EPA registered these products, it set the registrations to expire in 2 years to allow EPA to change the registration, if necessary.
- EPA Website

These new regulations do not address the issues of drift in any substantial way. Farmer David Wildy, who has first hand experience of having his soy crops destroyed by Dicamba drift from a neighbouring farm, in an interview with NPR earlier this month spoke about how Dicamba use is dividing rural communities. The inability for farmers to control the drift in any meaningful sense means that there is no guarantee that neighbours will not have their crops and livelihood destroyed (not to mention the toxic  effects that it has on wildlife ecosystems, soil and water health, and human health).
Most worryingly, as the risk from drift increases, more and more farmers in cotton and soy farming regions will be more increasingly likely to adopt Dicamba resistant crops and subsequently adopt Dicamba as a means of weed control. Scott Partridge, Monsanto's vice president of global strategy unsurprisingly welcomed the new regulations and expects the use of Dicamba to double this coming year as a result.