aggressive rhetoric, but feels quite true 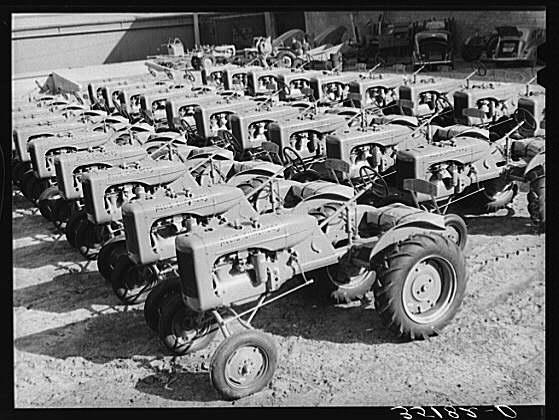 Agriculture needs massive investment to avoid hunger, scientists warn
Group of leading scientists urge investment in sustainable agriculture to solve hunger crisis and reduce global warming
by Fiona Harvey for The Guardian
Billions more investment is needed in agriculture and food distribution systems around the world in the next few years, if widespread hunger is to be avoided, according to a group of leading scientists.
If that investment is directed towards sustainable forms of agriculture, then farming can also be made into a weapon in the fight against dangerous global warming, they said, as more environmentally friendly farming methods can result in soils absorbing carbon dioxide rather than releasing it.
Agriculture has been neglected in international climate change negotiations, but if governments persist in ignoring the problem then millions are likely to go hungry, according to a new report published on Wednesday morning, before the next round of negotiations in South Africa later this month.
"If you intensify agriculture to produce more food while producing less [greenhouse gas emissions] then you deliver benefits in terms of climate change as well – reducing emissions and increasing food security in vulnerable regions," said Sir John Beddington, the UK's chief scientist and one of the authors of the report, Achieving food security in the face of climate change, published by the Commission on Sustainable Agriculture and Climate Change, convened by the Consultative Group on International Agricultural Research.
Sir John added: "We need a socially equitable and global approach to produce the funding and policy initiatives that will deliver nutrition, income and climate benefits for all."
Investment should be targeted at the regions most vulnerable to climate change, as they are also the areas at greatest risk of food insecurity, the scientists said.
Another vital factor in improving food security is to reduce waste and improve food distribution systems. As much as half of the food produced is wasted before it reaches market in some developing countries, because of a lack of infrastructure such as refrigeration systems and reliable transport networks.
Waste is a problem not confined to the developing world, however – cheap food in the developed world has led to a culture of waste that means billions of tonnes of perfectly edible products are thrown away each year. The UK's Waste Resources Action Programme said this week there had been a sharp fall in household food waste, by 13% in the past year. But waste remains a serious problem – in the UK alone, at least £12bn worth of food is thrown away each year. Campaigners are preparing for an event in London on Friday to "feed the 5,000", using misshapen vegetables rejected by retailers to illustrate the enormous waste of edible food that takes place in the UK each day.
read the full article HERE