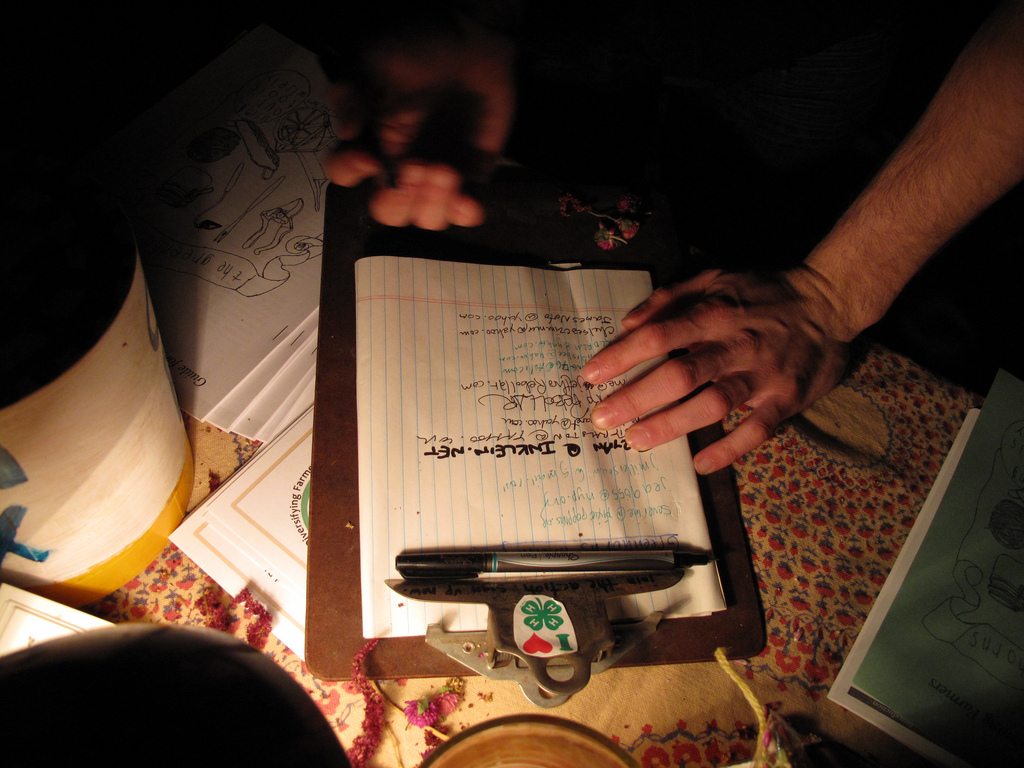 NSAC is working with the Rural Coalition, National Family Farm Coalition and several other groups to ensure that the costs of paying for improvements to child nutrition programs and for the Pigford settlement do not come at the expense of hard-won gains to USDA conservation programs.  We have written the letter below to call attention to our concerns and to let the Administration know that the progressive agriculture community is united in supporting ALL of these priorities.
We welcome additional organizations to sign on, though note that the deadline is this Friday, April 23.  If you would like to sign on please reply to Annette Higby [email protected].

April 23, 2010
President Barack Obama
Secretary of Agriculture Vilsack
Dear Mr. President,
We are appreciative of and encouraged by the excellent first steps your administration has taken to support an economically fair, socially just, and environmentally responsible farm and food system.  You recognize the integral role that family and socially disadvantaged farmers play in rural communities and the potential they represent for the development of genuinely robust local and regional food systems that will provide our children, vulnerable communities, and all Americans, not just calories but good, wholesome food.  As you work with Congress on the reallocation of federal resources that support these goals, we the undersigned sustainable agriculture organizations, affirm our support for the following specific funding priorities:
Restore Fairness  -  Historically, socially disadvantaged producers have been systematically denied access to critical developmental programs offered by the United States Department of Agriculture (USDA) and both they and their communities consequently have endured immeasurable economic hardship as a result of both individual and institutional discrimination.   We are encouraged by your commitment to provide long overdue legal and monetary resolutions to African-American producers who are claimants in the recently announced settlement of Pigford late claims.
We strongly support your effort to secure the full funding of $1.25 billion included in your FY 2010 budget as part of an emergency spending package in order to meet the just passed deadline of March 31 for the settlement.   In addition, we also voice our strong support for your efforts to secure speedy resolution of all the outstanding claims and class action lawsuits affecting Pigford claimants as well as the other yet resolved discrimination class action lawsuits against USDA, including Keepseagle (Native American producers, filed 11/24/99), Garcia (Latino producers filed 10/13/2000, and Love (Women producers filed 10/19/2000).  Fairness can only be achieved if all the cases are resolved, with adequate funding.
We further urge you to correct another significant imbalance by providing not less than $15 million to extend the Federally Recognized Tribes Extension Program (FRTEP) to least 85 Indian Reservations. Presently, only 4% of America's 500 plus tribes have dedicated cooperative extension programs, while almost 97% of counties in the U.S. have local, county-based extension offices.
Build a New Food System that Addresses Hunger and Food Insecurity -- The Senate Agriculture Committee has taken a good, though tentative, first step toward achieving your administration's goal of ending childhood hunger by 2015 and eliminating childhood obesity in this generation with the unanimous committee passage of the Healthy, Hunger-Free Kids Act of 2010.  We are particularly encouraged by the inclusion of support for farm to school programs in the bill as recognition that connecting schools with local agriculture is a cost-effective method to improve school meals. Indeed, some of the earliest and most successful farm-to-school programs in the country were organized by African-American and Latino farmer groups.  The new authority provided in the 2008 Farm Bill to Indian Tribes to include locally produced products in food programs can also be connected to new farm to school authorities.
We strongly support your efforts to make bold improvements to federal nutritional programs to adequately address hunger and food insecurity plaguing many impoverished families throughout the country as well as your commitment to increased federally spending on child nutrition programs.  Your legislative efforts on this and other food and farm policies have contributed to the creation of a solid and sustainable agricultural system that affirms the valuable contributions of socially disadvantaged producers and provides nourishment and nutritious foods to consumers, especially children.

Pay for these Priorities Fairly - In the same spirit, we request that you be just as vigilant in protecting full farm bill mandatory funding of vital conservation and environmental stewardship, rural development, organic farming, farmers markets, and beginning and socially disadvantaged farmers and rancher programs.  While we believe it is of critical importance to fully fund initiatives to restore fairness and expand child nutrition, we also believe all the other elements of an equitable and sustainable federal agricultural paradigm should be preserved. Recognizing the value of this shared agenda and understanding current fiscal constraints, we urge you to support and champion budget adjustments necessary to accommodate the new items in this collaborative agenda be offset through revenue enhancements and tax loophole closing.  If, however, other budget reductions will be considered, we urge that any reductions in the agriculture budget be executed proportionally from all titles and that no title be "off the table."
The 2008 Farm Bill was a watershed moment in the history of conservation programs, with substantial increases in funding for critically important working lands stewardship programs that were supported by a wide spectrum of interests.  This important advance is severely weakened by the Senate Agriculture Committee proposal to cut EQIP by $2.8 billion in budget authority to pay for child nutrition improvements.  The cut represents 55% of the increased funding so carefully crafted and won in the 2008 Farm Bill, seriously reducing the farm bill conservation baseline that threatens to permanently undermine future increases in conservation programs. Despite the important steps in the right direction in the pending child nutrition bill, the overall package will not be an improvement for our food system as a whole or for our vulnerable children if it is paid for with cuts to critical conservation programs.  In effect, these cuts will undermine our country's decades-long investment in protecting and repairing the very natural resource base necessary for creating a healthy, safe, abundant and affordable food supply.
We strongly recommend, therefore, that the funding needed to meet the priorities addressed above be achieved through closing tax loopholes, or if necessary through a more diverse mix of revenue enhancements and smaller cuts to a wider range of agriculture programs. We cannot build a solid and sustainable agricultural system that supports farmers and nourishes consumers if we sacrifice necessary investments in the resource base food production relies on.
National Family Farm Coaltion
National Sustainable Agriculture Coaltion
Rural Coaliltion
cc:      Senate Leaders
House Leaders