a structural and economic critique of the maker movement

by a current favorite author. 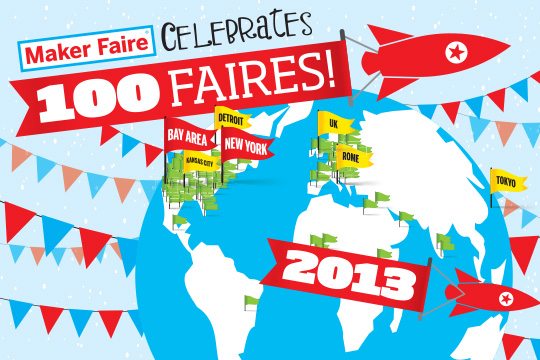 Making It
by Evgeny Morozov
Anderson defines “making” so expansively that all of us seem to qualify, at least once a day. “If you love to plant, you’re a garden Maker. Knitting and sewing, scrap-booking, beading, and cross-stitching—all Making.” There’s nothing in this book about mythmaking, but that surely qualifies as well. For someone who spent more than a decade at the helm of Wired, Anderson sounds surprisingly unhappy with the virtual turn that our lives have taken. He repeatedly blames screens and personal computers for our lack of contact with physical objects. “The digital natives are starting to hunger for life beyond the screen,” he writes. “Making something that starts virtual but quickly becomes tactile and usable in the everyday world is satisfying in a way that pure pixels are not.” Many aesthetes in the early Arts and Crafts debates complained about machines, rather than about the economic conditions under which they were used. Anderson, likewise, sees “pure pixels” as the source of discontent, as opposed to the uses to which those pixels are put (the boring spreadsheet, the senseless PowerPoint deck).
continue reading HERE