a nice commentary on scotch broom

from some bay area permies. 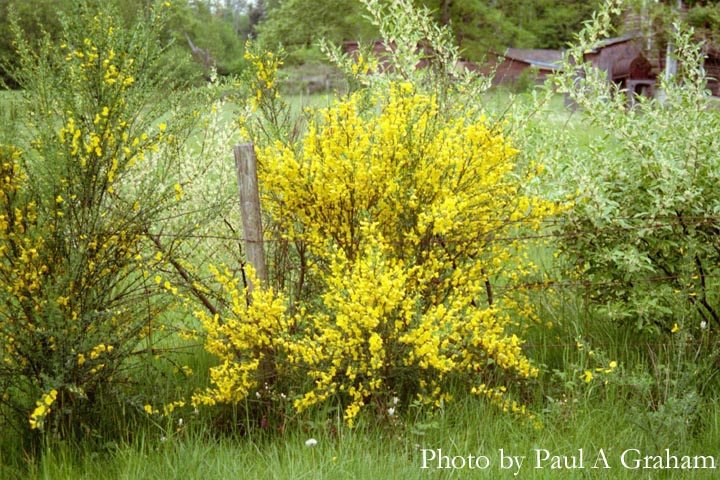 Question:
Hello,
Anyone know the best way to get rid of Scotch broom? I was going to sheet mulch a hillside in Pacifica after slashing down broom, when I was told to eradicate the broom before putting anything down on the ground. Not sure what eradicating meant and why this wouldn't at least help.
Also there are moles living in the hillside and the "mole expert" told my client that decaying cardboard will attract the moles to nest in the area. Anyone else heard of this and/ or have suggestions about getting rid of moles/gophers?
Thanks!
Nicole
Answer
It's exactly what people don't like about scotch broom that makes it so effective. You might reconsider your approach to this problem in order to take advantage of the broom.  The fact that there is so much broom there, indicates that the soil is under-fertile. Broom, despite it's undeserved bad-reputation, is a permaculturalists friend for a few reasons. 1.) Top of the list is it's ability to fix nitrogen out of the air and accumulate it in it's body and seeds, and thus the soil (assuming you don't burn it or remove it). This is why you find all types of broom all over California, because the soil is generally under-fertile, given the natural history of the land (logging, grazing, mining and building). 2.) Another reason why it's valuable is because it's an excellent mulch crop, producing a lot of biomass that cuts easily and breaks down quickly, yielding nitrogen to surrounding plants. 3.) The last reason (short list) it's beneficial, particularly in this case, is because it's extensive network of surface roots is slowing erosion on the slope.
Sounds like you've already cut it down. What I would do next, depends on what you're goals are with this land. Let's say, for example, you're planting an orchard from bareroot soon, the young fruit trees will be small. In the first spring or summer, once the broom has grown all over and is crowding up against the young trees, come thru with a string trimmer and cut the broom back leaving all the slash as mulch in rings around your new trees. Do this a couple times a year and now your broom is literally growing your orchard. This will work whether you sheet mulch with cardboard or not. The broom is much preferable than the weeds that are likely to take it's place, mainly grasses, as a mulch crop for whatever you plant.
As far as the moles go, also nothing to worry about. Moles are insectivores and make burrows near the surface of the soil, helping to increase tilth and the infiltration of air into the soil. Though some people consider the evidence of their activity unsightly, such people should probably look at pictures of gardens rather than actually gardening. My Dad used to tell this joke about "experts", something like an ex is something that used to be, and a spurt is a drip under pressure...
Feel free to contact me with more specific questions.
Kailash Wolf
http://www.homeduckproductions.com