From the Boston Globe... 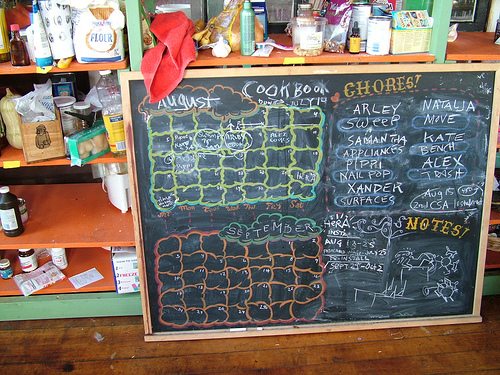 Comes a time to fight for farmers
By Neil Young
February 26, 2009
When Abraham Lincoln formed the US Department of Agriculture in 1862 he referred to it as the "People's Department" because it served the common interest of so many Americans. America's concerns about food and the economy were addressed and investments in cutting-edge research guaranteed the nation's food security.
More than 200 years later, we are in the midst of a historic financial crisis and part of the solution lies with the "People's Department." It's time for our newest federal leaders to recognize the unmatched ability of family farmers to strengthen local economies. We can all learn from the ingenuity and innovation that family farmers demonstrate time and time again in the face of challenge.

In the 1980s, American farmers found themselves in a fight for their lives. Low prices for farm products, plummeting land values, rising interest rates, and skyrocketing production costs overloaded farmers with crashing debts that forced tens of thousands to lose their land. In response, the Credit Act of 1987 freed up credit for farmers and allowed for loan restructuring so farmers could honor their debt. Farmers were able to stay on their land and create a thriving network of local and regional food systems that provides jobs and food for their neighbors today.
Yet again farmers are faced with seemingly insurmountable financial hardship. The credit farmers need in order to pay for their seasonal start-up costs is tight, like credit is for the rest of the country. Instability in market prices and threats from weather-related disasters make it hard for banks to guarantee their investment, discouraging lending and encouraging high interest. At the same time, rising operating costs and declining prices for their products are making it nearly impossible for farmers to keep up with their debt. Many farmers have to put their homes up as security on their farm loans, which means if they fall behind on their farm loan payments they can lose their businesses and their homes.
The USDA, with help from other agencies, should restore fair credit, prices, and practices for family farmers. As Agriculture Secretary Tom Vilsack makes plans to implement the 2008 Farm Bill, Treasury Secretary Timothy Geithner would be well served to consider lessons from the 1980s and extend loan protections under the federal bailout to family farmers, preventing home foreclosures and bankruptcy among farmers and ranchers. As a condition of receiving any federal government funds, Treasury needs to require banks providing farm credit to restructure loans when farmers are unable to make payments due to circumstances beyond their control, such as market- and weather-related disasters. Requiring no additional funding, this simple action would prevent thousands of farmers from joining the ranks of the jobless and homeless while guaranteeing a safe, secure food supply and creating local job opportunities.
Vilsack can also act quickly to get funds to farmers who need it most. Farmers who were hit hard by disasters in 2007 and 2008 still have not received the funding available in Farm Bill disaster relief programs. And the USDA needs to get the word out fast about additional funding for direct operating loans that Congress included in the stimulus bill. If farmers are having trouble accessing the credit they need for this year's growing season, the Farm Service Agency might just be able to help. Swift implementation of already enacted legislation can mean the difference between losing more farmers and keeping those farmers on the land.
Family farmers are a national resource with the potential to help solve the challenges we currently face. The agriculture sector is projected to have contributed more than $130 billion to the US economy in 2008. The hard work of family farmers is strengthening local economies, reducing the nation's reliance on fossil fuels, protecting natural resources, and increasing national security. The United States is re-laying the groundwork of its economic stability, and family farmers are the key to a strong foundation.
Neil Young, along with Willie Nelson, John Mellencamp, and Dave Matthews, is a board member of Farm Aid (farmaid.org).