we stand with pollan

Editorial
Sacred cows at Cal Poly San Luis Obispo
The university should be ashamed of its attempt to squelch an anti-agribusiness message to placate a donor. 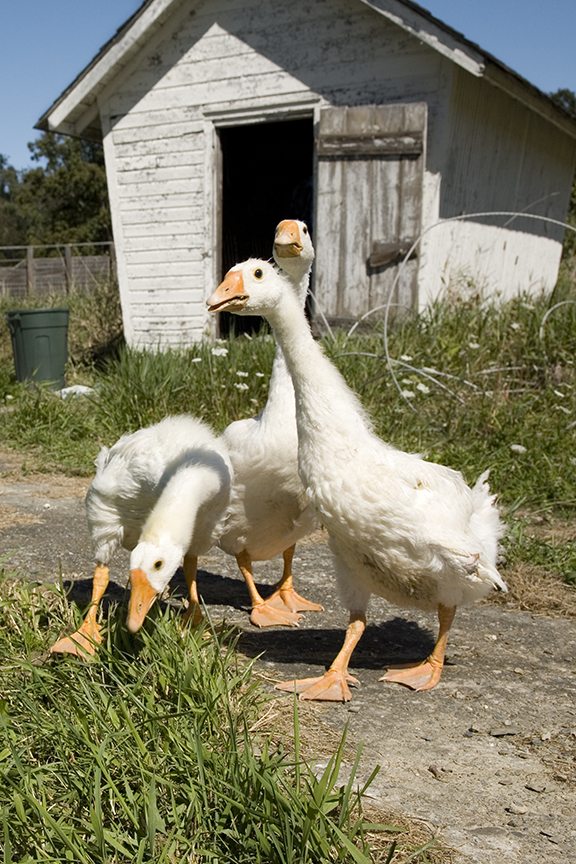 October 16, 2009
California restricts billboards along rural freeways, but there's a spot on Interstate 5 near Coalinga that's a better advertisement for vegetarianism than any Madison Avenue genius could ever devise. It is Harris Ranch, an 800-acre feedlot and meat-processing operation whose smell assaults passersby long before the panorama of thousands of cattle packed atop layers of their own manure appears. Some critics have dubbed the place “Cowschwitz.”
Author Michael Pollan, whose 2006 bestseller, “The Omnivore’s Dilemma,” holds a high place amid a growing body of popular literature and scientific research critical of industrial agriculture, told an interviewer last year that the sight of Harris Ranch was one of the things that caused him to change the way he ate. This week, Harris Ranch Beef Co. Chairman David E. Wood got his revenge. After Pollan was booked to give a lecture at Cal Poly San Luis Obispo, Wood expressed outrage in a letter to university President Warren Baker and threatened to rethink his "continued financial support of the university." The end result: Instead of a solo lecture, Pollan was asked to appear in a panel discussion Thursday along with professor Gary Smith of Colorado State University, who is well liked by cattlemen's groups, and Myra Goodman, an organic farmer.
Pollan's book reveals many disturbing things about modern agricultural practices, including the environmental devastation wrought by nitrogen fertilizers and the harmful health impacts of a diet based on foods processed from corn. Wood isn't alone among its critics. Although it's increasingly evident that an explosion of cancers, obesity and other ailments in the U.S. since World War II can be traced to such changes in farm practices as feeding cattle with grain rather than grasses, these changes have also increased the efficiency of farms by orders of magnitude. The more sustainable methods preached by Pollan and other anti-agribusiness scholars might improve our health, but they might also raise the cost of food, create new environmental problems while solving others, reduce food supplies and worsen hunger and starvation worldwide.
All of this is great fodder for academic debate, which is why the strong-arming by Harris Ranch, and the even more disgraceful acquiescence by Cal Poly, are so distressing. Agribusiness gets plenty of opportunities to preach its point of view at agriculture schools such as Cal Poly, where the likes of Monsanto and Cargill fund research and most professors are trained in modern practices. Students seldom get to hear voices like Pollan's, though. The university's attempt to dilute his message in order to placate a donor is a shameful breach of academic freedom.
Copyright © 2009, The Los Angeles Times