courtesy of  the soil association. 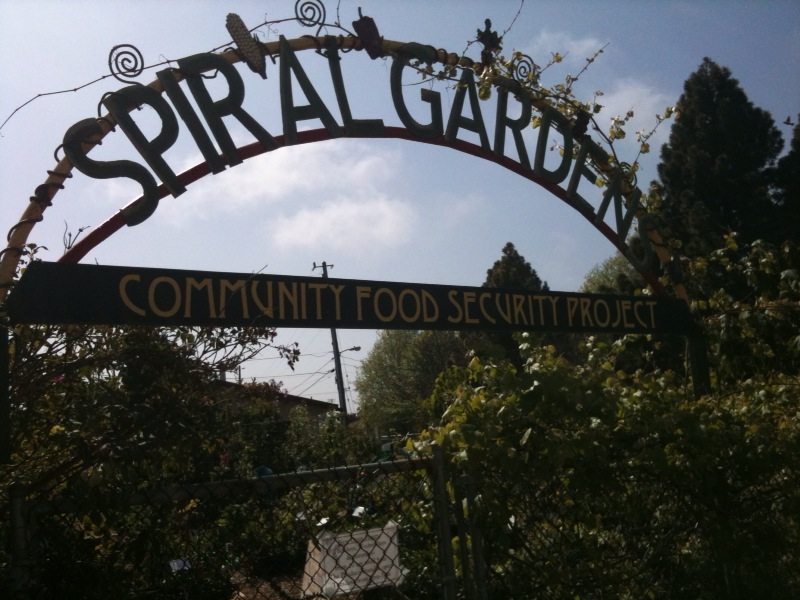 “I battle so furiously on behalf of the small family farm because they are threatened with extinction from huge global corporate concerns, and governments that fail to understand the absolute crucial importance they play in the issue of food security.”
HRH The Prince of Wales – The Times – 8 May 2010
The youth trend that’s not for couch potatoes
This feature about Worldwide Opportunities on Organic Farms describes how record numbers of environmentally conscious young people are volunteering, ‘providing a stream of free labour that is proving a godsend for some of Britain's struggling organic farmers.’ The Soil Association’s organic farming apprenticeship scheme also features in the article, and the Soil Association’s Amanda Daniel is quoted.
The Independent (9 May, p.28)
Read about the Soil Association’s apprenticeship scheme here
Down on the farm with Prince Charles
Prince Charles takes Penny Wark on a tour of Highgrove, who describes it as an “organic Utopia”. She says “the Prince has ploughed this lonely furrow for 25 years now, and at last it seems society has caught up with him” and quotes His Royal Highness: “You go from being old-fashioned, out of date, anti-science, suddenly to being ahead of your time….I just think it’s terribly important. I know how much people have to struggle to overcome the scepticism about whether organic production is really worth it.”
The Saturday Times magazine (8 May, pp. 26-31)
UK turkey king turns the corner to free-range food
Bernard Matthews is about to embark on the latest stage of a turnaround by re-inventing the brand as Britain's largest farmer of free range turkeys. The Soil Association's technical manager, Anna Bassett, cautiously welcomed the takeover. But she added: "What they are doing is seeing what the market wants and trying to meet it rather than changing from a philosophical belief that all these turkeys will be better off outside."
The Independent (10 May, p.17)
Down-to-earth advice at event
The age-old saying of where there's muck, there's brass is as relevant to agriculture today as it was in yesteryear, a seminar has been told. The use of muck and compost to improve soil condition was highlighted at the event held by the Soil Association at New Deer as part of its ongoing series of training courses for conventional and organic farmers and which are part-funded by the Scottish Government.
The Press and Journal (8 May)
Children don't eat enough fruit and vegetables
The World Cancer Research Fund warns that four out of five children are not getting their 'five a day'. According to the charity, this could increase the risk of developing cancer because they don't get enough of the vitamins and nutrients found in fruit and vegetables.
The Daily Telegraph (10 May, p.12)
Food for Life Partnership* comment: Through working with more than 2,000 schools we have found that children who understand where their food comes from, by growing it themselves or visiting farms, are much more likely to eat fruit and vegetables. Myah-Amber, a pupil at Chestnuts Primary School in London, grows food in the school garden. She says: "I've learnt that vegetable can grow underground...I didn't know that before. It's healthier because I know that vegetables are good for me so I try very hard to taste different kinds I didn't before."
Low carbon menu
Otarian opens in London next month claiming to be the first restaurant where each item on the all-vegetarian menu has its carbon footprint published alongside the price and carbon cost of the meat equivalent.
The Independent on Sunday (9 May, p.29)
Third of all plants and animals face extinction
Animal and plant species are being killed off faster than ever before as human populations surge and people consume more, a United Nations report is expected to say this week. The new UN report will show that no country in the world has succeeded in halting the loss of biodiversity and that 89% of those who submitted reports had identified climate change as a cause.
The Sunday Times (9 May, p.4)
Romantic folly heralds food crisis
Professor of Economics at Oxford University Paul Collier presents his view that between them, the GMO band, the biofuels scam and small farm bias helped to create the food crisis of 2005-8.
The Sunday Times (9 May, p.27)
Drought may halve Jersey’s potato crop
Jersey has been hit by the worst drought in 34 years and according to potato growers, the first crop may be cut in half because of a lack of rainfall in April. The crop of Jersey royals is already two weeks late because of the long winter, which meant planting came later and the early crops were killed by frost.
The Guardian (8 May, p.28)
Farming Today
Slugs are a major pest on farms and in gardens but farmers are now being told to significantly reduce the amount of slug pellets they use or they'll be banned. Natural England warned that nearly 500 plants and animals have become extinct in England and virtually all of these have been lost within the last two centuries. There are now fears the familiar farmland bird; the lapwing could soon disappear from some parts of the UK.
BBC Radio 4 (listen again)
*The Food for Life Partnership (www.foodforlife.org.uk) is a network of more than 2,000 schools and communities across England committed to transforming food culture. Together we are revolutionising schools meals, reconnecting young people with farms and inspiring families to cook and grow food.
The initiative is funded by the Big Lottery Fund and led by the Soil Association, bringing together the practical expertise of the Focus on Food Campaign, Garden Organic and the Health Education Trust.
The Soil Association is the UK's leading environmental charity campaigning for planet-friendly food and farming. Help us in our fight for a healthier planet - for more information on the benefits of being a member of the Soil Association visit our website http://www.soilassociation.org