Re-post of an article recently published in The Root.
An Earth Day Solution For Urban Food Deserts
With their ''guerrilla'' tactics, black organic farmers are taking Malcolm X's mandate of ''by any means necessary'' and turning it green. It is time, they say, to change an unhealthy paradigm. 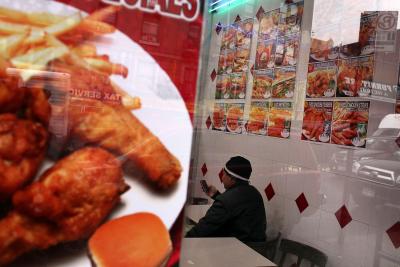 By: Frank McCoy | April 22, 2010
Veronica Kyle of Chicago is not happy, but she is hopeful. Her upset stems from knowing that too many blacks and Hispanics living in urban settings must travel far to purchase fresh, nutritional, appropriately priced fruit, vegetables and meat products. During that trip, they traverse food deserts. She says those are neighborhoods that major supermarkets have effectively redlined, where shops sell 20 fried chicken wings for a dollar, where there are too many liquor and fast-food stores. Where there are far too many dialysis centers and where too many amputees, the victims of poor diets, walk the streets.
Kyle is an outreach coordinator for Faith in Place, an umbrella organization of more than 500 Illinois religious congregations united ''to promote clean energy & [SIC] sustainable farming.'' Speaking optimistically, Kyle declares, ''there are black people getting serious about changing this unhealthy paradigm.''
For more than a decade, across the country, there's been a growing network of African-American locavores, or farmers, vendors, and fans of naturally or organically cultivated vegetables and livestock grown or produced within a 150-mile radius of markets. They meet up in some of the most unlikely places, from Brooklyn, N.Y., to the southeastern part of the country to Wisconsin to Chicago to northern California. Many of the farmers, descendants of blacks who fled sharecropping and segregation during the Great Migration, now sell victuals at farmers markets that are becoming fixtures in black neighborhoods. The farmers also sell to food co-ops in the same areas. Some supply produce to black-owned (and other) restaurants, as well as well-known natural food supermarkets.
But before we go all Alice Waters, it makes sense to ask, are these farmers growing vegetables and raising cattle organically? It's hard to say, since the U.S. Department of Agriculture does not quantify organic farm ownership by race or ethnicity. But we do know this: According to the USDA, there were 20,000 organic farms in 2007. The same census reported that there were about 2 million farmers nationwide. Of that number, 32,000 were black. The average African-American farmer is 60 years old with a 116-acre farm.
read the full article HERE