No we’re not talking Simpsons. Here at Greenhorns headquarters on Smithereen farm we are teeming with Smithers ready to be passed out in exchange for good work or just our goshdarn downright appreciation. 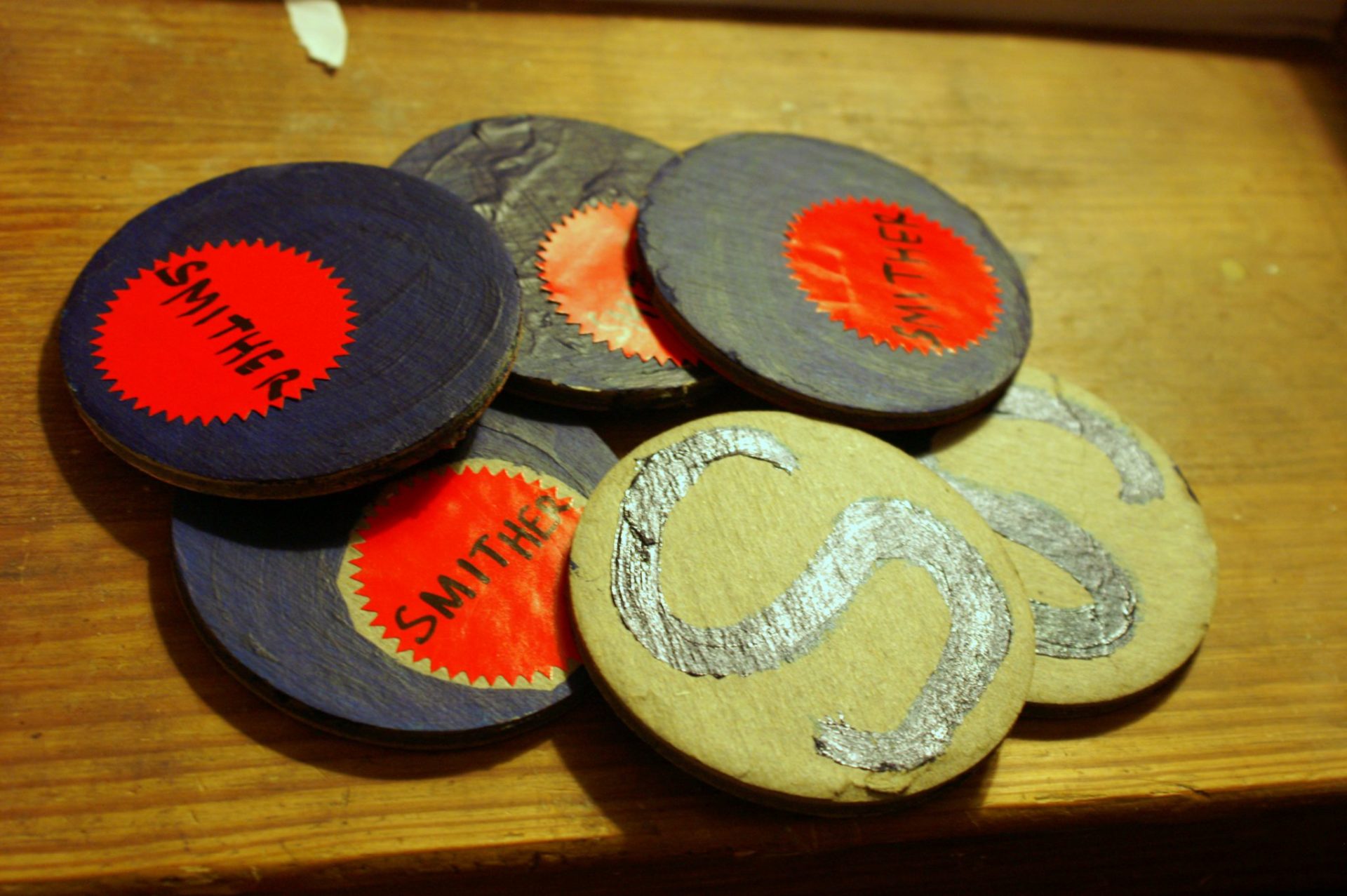 As the value of the dollar depreciates around the world, our chickens keep plopping out eggs and our cucumbers are fat and fresh (non-existent label reads: best if eaten practically straight off the vine). We pride ourselves on limiting our interaction with the shaky and dysfunctional economy as much as possible. So in name of pushing ourselves farther away from unhealthy relationships with the dollar and so in belated honor of Independence Day, we have created our own micro-economy at Smithereen Farm and are announcing Smithers as our new currency!
How it works:
Everyone must eat. If you don’t farm/garden you probably spend a significant amount of money on food. If you don’t grow food, you probably have other awesome skills that could come in handy. If you do something handy for us we will hand you a Smither, redeemable for some of our lovely produce. With this Smither you can either cash it in and make a big fluffy frittata (or stir fry or zuchinni bread..ahh the endless possibilities) or pass it on for someone in need of produce who could maybe do something for you.
All the cool kids are doing it.
Thomas Greco Jr, author of The End of Money and the Future of Civilization, says, maybe we are asking the dollar to do too much. The dollar covers so much ground it can’t adjust to the needs and feedback of a particular area.
The are over 80 local currencies throughout the U.S city-wide to regional. Subscribing to a local currency means keeping things personal and having more influence of what goes on around you. Money goes to people that you can talk and probably live in your community rather than passed through the internet, magically taken out of your account and ending up god knows where. One’s confidence in a local currency has the power to support (maintain the existence of) local businesses , connect people, value crucial jobs that have somewhere along the line been classified as low-wage work, encourage spending- and in the meantime push us to rethink our ideologies on what an economy is and should be.
An awesome model, which has been adapted in places around the globe, is “Time Dollars.” It is the craiglist of community exchange and indirect bartering. On the Timebanks software system, members keep track of services they’ve performed for others based on the amount of time they spent doing it. As they accrue credits, they can search the system for something they might want, or request a service. On a video from Orion Exchange, a central Vermont organization that has successfully been using the Timebanking system for the past year, an older woman enjoys a facial, something she never would have imagined spending money on in the past from credits that she earned from cooking dinner for a man in his 20’s who also sometimes comes and fixes her house.
Timebanks makes you think about what you would like to spend your time doing and gives you a venue to make use of it. Imagine how happy people would be if they could live off doing what they love?
To learn more about local currency, or to share what you know, visit our wiki page on alternative currency.
For hands-on experience, come on over to Smithereen Farm and test it out!