The Experimental Farm Network seeks to preserve the world’s biodiversity one seed at a time. The best case for a plant’s survival is for people to grow it widely. 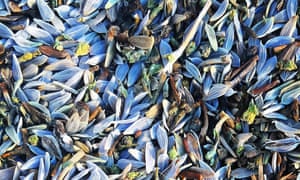 Taylor is part of the Experimental Farm Network, a New Jersey-based group that connects farmers and gardeners to exchange rare and threatened varieties of plants, including those from a Syria upended by war. The network is concerned with plummeting biodiversity, and encourages collaborators to develop new types of fruits and vegetables in a kind of democratization of rare genetic material.
This year, he became especially interested in Syrian seeds. Most of us don’t think about agriculture as one of the losses of war. We think of the loss of human life, the rubbled cities and the looted archaeological sites.
But agriculture, too, is an ancient heritage that can be vulnerable. In Syria, some farmers cannot access the seeds they need, fertilizer or irrigation, according to several Syrian agricultural experts and a July report by the United Nations Food and Agriculture Organization.
To read more of this article from the Guardian, CLICK HERE!
To donate to their IndieGogo campaign, click HERE