A Note from Rural Route Films... be sure to see the link at the bottom to purchase the tour DVD! 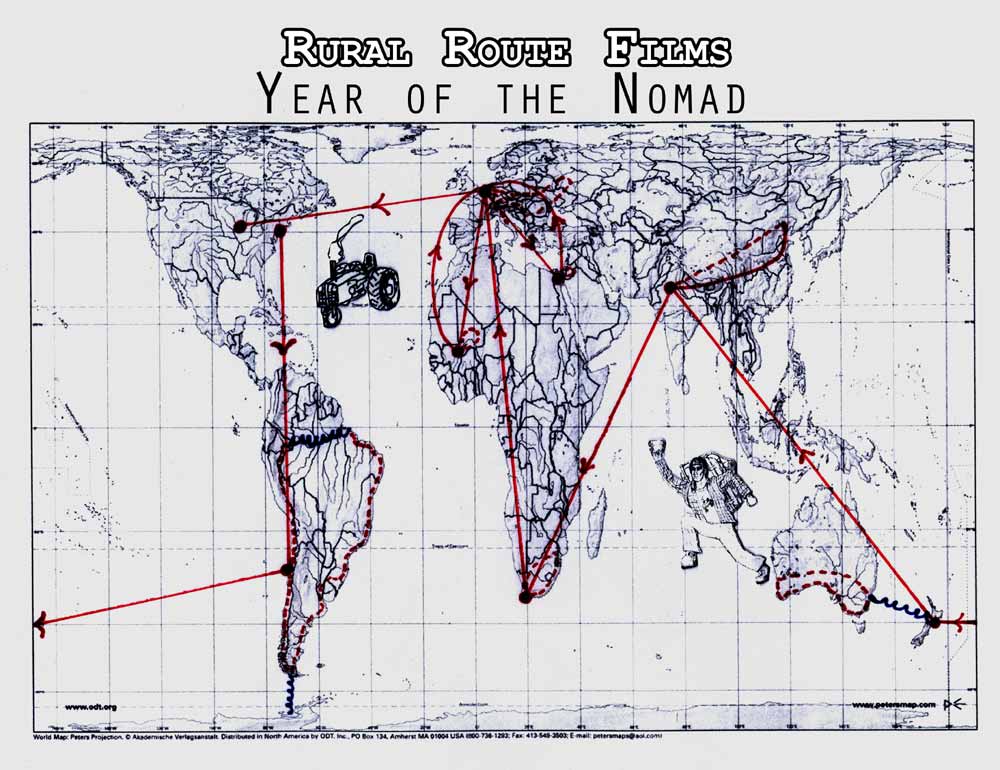 I'm on a German cruise ship, showing films that the penguins tip-tap for, the seals clap for, and the whales belly-flap for. I´m a last-minute stowaway, didn´t have a ticket when I showed up in Ushuaia, Argentina, the southernmost city in the world, but I ran around to travel agencies, information booths, surfed the web, made int´l calls from a locutorio, and after 3 days I found a company in Germany that put me on their Marco Polo boat for peanuts compared to normal prices topping $10,000 - and were more than happy to put the Rural Route program on the activities ´list.´


The sights are incredible and the weather is unpredictable, often rocking the ship dramatically back & forth, and the 1st full day had over half of the guests visiting the onboard doctor for seasickness injections in the rear. However, even below the Antarctic Circle, our satellite has maintained a wi-fi connection. And I´ve met some great people - another solo long-term traveler from Japan, an amazing Australian family I´ve shared most of my dinners with, a film critic and his son from South Africa, and an old German man who stands in the center of the top balcony shooting pinhole time-lapse footage on a Bolex 16mm camera.
Prior to this, I´ve been traveling around South America (a fabulous continent with some of the most beautiful things/moments I´ve seen/experienced in my life) for over 2 months, showing the RRFF and shooting documentary video footage. I took part in some very special screenings in Chile and Peru with Jason Ross (travel partner #1) and had a blast while making new connections in Brazil, Argentina, and Uruguay with Genet Tito (travel partner #2). My still camera and video camera were pickpocketed on 2 separate occassions in Buenos Aires, but I guess that´s the ups and downs of doing some hard traveling (along with high-altitude sickness, seasickness, homesickness, and severe sunburn). If anyone has a cheap mini-DV camera w/mic mini output they´d be willing to ´unconditionally´ loan, I´d be grateful...
Again, my travel adventure blog/vlog is here at http://www.ruralroutenomad.tumblr.com. I´ll have an Antarctic update (including new puppet short) in a couple of days. And, I hate being a salesman, but the tour DVD is still available at http://www.ruralroutefilms.com/home.htm, which should work via paypal, or you can email me here as well.
I´m headed back to the U.S.A. for the last week of January before leaving again for the rest of the year. Next up is an adventure around Australia with RR frequenters Jared Hohl and Nerissa Campbell (who will be on tour promoting her new jazz album, "Musings of a Telescopic Tree" - http://www.nerissacampbell.com), and then on to New Zealand for another core continental screening in Wellington with the NZ Film Archive - http://www.filmarchive.org.nz.
Best in ´09!,
Alan Webber