An exhibit at the Akademie der Künste in Berlin featuring the work of Alex S. MacLean.  Images of his are in our film.
Glorious landscape shots of agricultural areas. 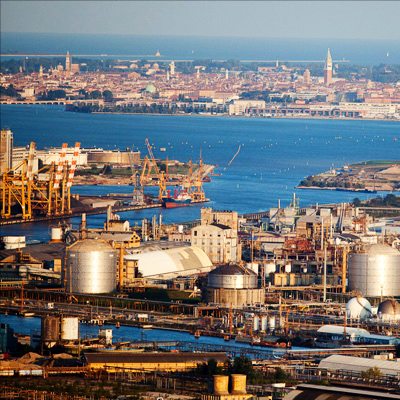 The 20th-century city was built in opposition to the landscape. The ecological consequences of this have been climate change, a shortage of water, and the loss of biodiversity. The 21st-century city therefore has to be developed in accordance with the landscape, using creative and sustainable solutions and a new and more holistic approach.
The Akademie der Künste in Berlin is placing these issues at the heart of a large, interdisciplinary exhibition entitled Return of Landscape (Wiederkehr der Landschaft), which opens on March 12 and will be accompanied by numerous events.
Among other topics, the exhibition aims to compare and contrast the world's two most artificial cities: Las Vegas and Venice. Even though their surrounding environment and histories could hardly be more different, both cities are struggling with similar ecological problems, including urban sprawl, air pollution, and water shortage.
This will be demonstrated in a striking way by the latest aerial photographs by Alex S. MacLean, which were commissioned by the Akademie der Künste and taken in autumn 2009. For several years, MacLean has been documenting the unbridled exploitation of the environment; his illustrated book Over: The American Landscape at the Tipping Point is one of last year's most spectacular publications.