Severine's notes from a train ride 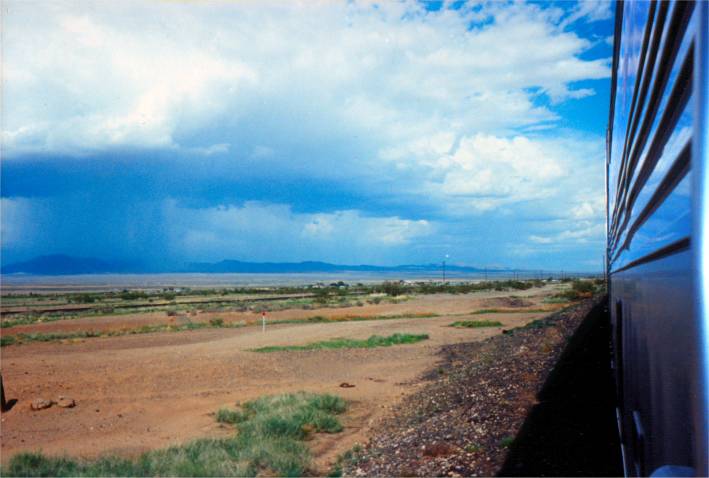 Sitting on the train enroute from San Francisco to New York State, I've been looking at a lot of silly land use decisions, and the unrelenting grandeur of our nation's arid mid section. Mansions, barrios, scrap-heaps and coyote carcasses, all are visible from the train, as are the broken windows and flagging main-streets of countless rural towns. It takes four days from coast to coast, rocking and clacking down the tracks--once you cross the continental divide, it's all down hill to Chicago. They tell you that about twelve times over the loudspeaker. Just like they tell you everything twelve times. 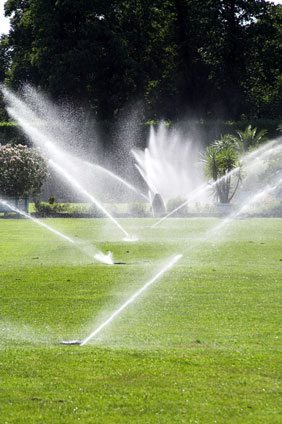 I've sometimes been accused in my life of wearing rose-colored glasses, and my tendency for the poetical and reverie or even tiny little bits of beauty makes life an occasional fairytale. But as a storyteller, making this film about American agriculture, I felt I had to make another trip across the country to make a clean, unbiased slice impression for analysis. I have no romantic notions about what the country looks like, or has become. I am well aware of the Everywhere. I can see the fading fenceposts and cattle corrals, the ticky tacky western-style strip malls, the irrigation of suburban lawns just a stone's throw from glorious pastureland.
Tails flicking, the horses are used to the train as it passes, and the culverts are unembarrassed by their murky spew, the expensive highways, the ancient refineries and strip mines, the blighted forests, the bald eagles and the oversized flags flapping above car dealerships. 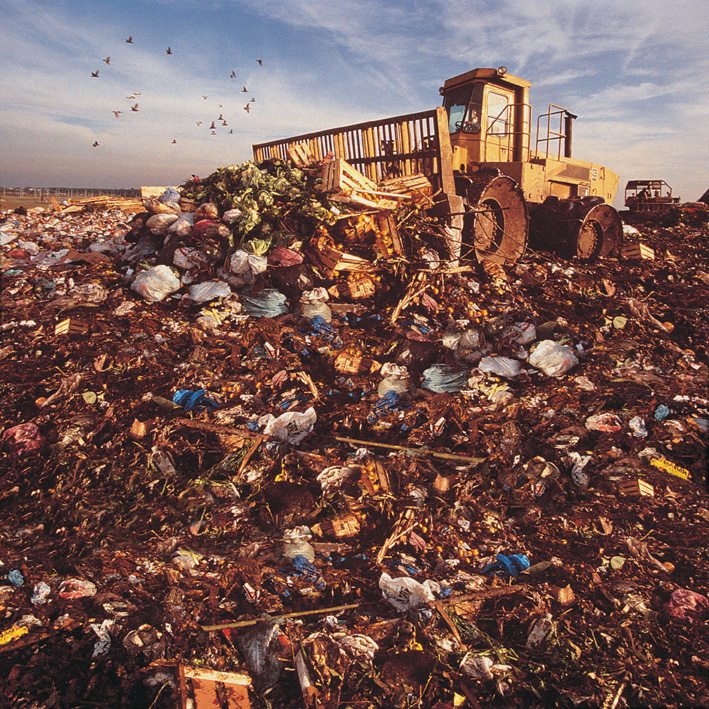 America is beautiful, but she has been misused, and everywhere you look there is the tire track, there is the eroded gully, there is the lumpy relic of a dumptruck-a load of displaced rubble, the maverick cobbler, the plastic flowers.
Everywhere you look the parables stare out plainly. Paul Ehrlich says, "that to study ecology turns you loose into a world of wounds." That was true for me on this recent trip across the American countryside. 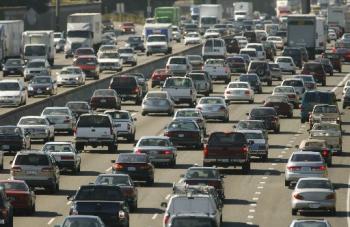 The pastoral verge of the highway systems in this country are much like the American lawn, it is a manufactured landscape without meaning or functional expression. That view is sculpted as a buffer, at best, billboarded at worst. What the view from the highway doesn't provide, is a glimpse at the functional ecology of our nation's economic bodies--the refineries, the metal shops, the junkyards and recyclers, the storage of corn syrup, the concrete mausoleum and grain elevators, the corrugated iron clad manufacturing places, the vacant big brick warehouses and factories, the humans who live under bridges.
In Cleveland, Ohio, I got out of the train to gather lilacs from the bushes growing alongside the platform-- a platform whose shelter had collapsed, perhaps 20 years ago. And never replaced. 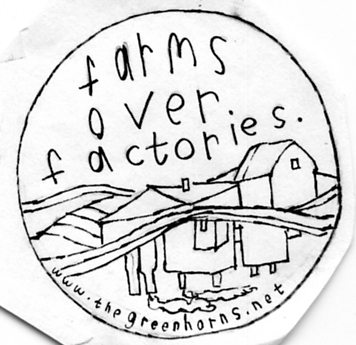 In entering this scene with a mind to supporting and promoting young farmers as agents of reclamation, and rural reenlivenment--it was an important trip to take. A useful reality check. Despite the spunky young muscles, fierce idealism, and dogged hopefulness-- I realize that this is a big big job we have here. A really big job. Its going to take a lot of hands, and a lot of hearts, and a whole lot of federal dollars.
So, onward! It seems a good time to remember the words of a wonderful Kennedy: Ask not what the American soil can do for you, but what you can do for the American soil.
Keep on composting my friends, we're going to need it.