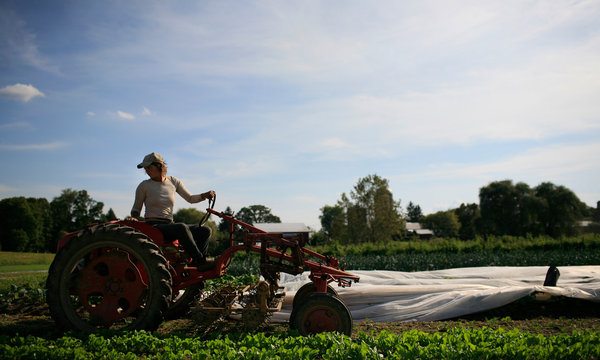 After Graduating From College, It’s Time to Plow, Plant and Harvest
RED HOOK, N.Y. — It was harvest time, and several farm hands were hunched over a bed of sweet potatoes under the midday sun, elbow deep in soil for $10 an hour. But they were not typical laborers.
Jeff Arnold, 28, who has learned how to expertly maneuver a tractor, graduated from Colorado State University. Abe Bobman, 24, who studied sociology at Wesleyan University in Connecticut, was clearing vines alongside Nate Krauss-Malett, 25, who went to Skidmore College.
Mr. Krauss-Malett said he became interested in farming after working in a restaurant and seeing how much food was wasted. Mr. Bobman had the same realization working in the produce section at a grocery store before college.
They had been in the fields here at Hearty Roots Community Farm in the Hudson Valley since 7 a.m. They all said they could not imagine doing any other job.
Read the rest of the article here.