Greenhorn Chandler Briggs of Island Meadow Farm, on Vashon Island in Puget Sound, passed on this little note about their first season, and some nice local press! 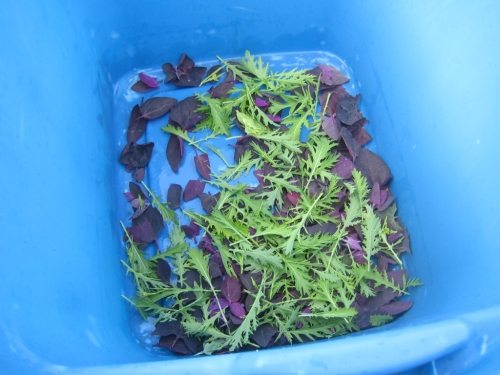 It's a process & I'd say for our first year we're doing just fine. With the extra cabbage we made kimchi & sauerkraut, so we'll stock that in our farmstand on Monday & hope that goes over well. Chickens & ducks are just starting to lay, the pigs are getting bigger every day. We're still a little in our summer lull, which has been nice. I'm taking the weekend off (for the first time in a long while!).  And we got some press in the local paper!
~Chandler