Contamination is a crime against humanity.  And this piece is brilliant.  LONG, but worth the time. 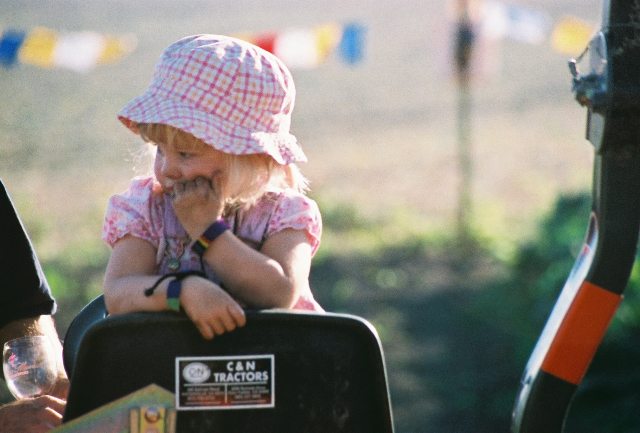 Immoral Maize: Extract from Don't Worry, It's Safe to Eat
by Andrew Rowell

I don’t want to be a martyr by any means, but I cannot avoid now realising that this is a very, very well concerted and coordinated and paid for campaign to discredit the very simple statement that we made. – Ignacio Chapela

In the autumn of 2000 a graduate student from the University of California held a workshop for local peasant farmers in the beautiful mountainous region of Sierra Norte de Oaxaca in southern Mexico. The graduate, David Quist, hoped to show the farmers how to test their seeds for GM. To do this he thought he would show them the difference in the purity of the local maize, called criollo, compared to the maize that had been shipped in from the USA, where some 40 per cent is GM. The US maize would test positive for GM and, naturally, the Mexican maize would be negative, he thought. But Quist was wrong. For some reason, instead of the local maize being negative, it kept coming up positive. [2]

Quist was visiting the region because his supervisor, Dr Ignacio Chapela, who was originally from Mexico City, had been working with the campesinos or peasant farmers in Oaxaca for over 15 years, assisting them in community sustainable agriculture.
Quist was told by Chapela to bring the samples back to the USA, where the two would repeat the experiments and test the native maize ‘landraces’ for contamination by GMOs. Although there had been a moratorium on the commercial growing of GM in Mexico since 1998, there was general concern that GM maize was coming across the border from the USA, either as seed or as ‘food aid’ and that it was contaminating the indigenous species.
This was seen as a worry for various reasons, the main one being that contamination threatens Mexico’s unique maize genetic diversity. Mexico is the traditional home of corn, where the plant was first domesticated some 10,000 years ago. It is an important crop for a quarter of the nation’s 10 million small farmers and corn tortillas are a central part of nation’s diet. But now due to NAFTA (the North American Free Trade Agreement), the country is a net importer of the crop. With some 5 million tonnes coming in from the USA every year, and because there is no mandatory labelling, there is no way of knowing if this corn is GM or not. [3]
Greenpeace had launched a campaign in Mexico in January 1999 warning the Mexican Government that GM maize imports from the USA ‘would end up polluting Mexican corn varieties’. ‘The aim was to stop the imports’, says Hector Magallon Larson, from Greenpeace Mexico. ‘Greenpeace wanted to highlight the inconsistency of the Mexican government stance of supporting a moratorium but allowing millions of tonnes of GE corn to pour over the border.’
The campaign was not well received in official circles. ‘The main response came from the Minister for Agriculture,’ says Hector Magallon Larson. ‘He said these corn imports were only for human food and animal feed, so the corn shouldn’t be planted. They also said that the corn was treated with a fungicide that made the seed sterile so it couldn’t grow.’
Greenpeace took samples of corn imported from the USA in March 1999, analysing samples from three different boats docked in Veracruz. The results showed that it was Bt corn made by Novartis. The campaigning group even planted some of the seeds and grew them, making sure to harvest them before they released pollen. Then they took the GM corn to the Ministry of Agriculture. ‘We told them it could grow, but they said it would not happen. They have done nothing to stop or solve the problem,’ says Magallon Larson. Despite Greenpeace’s concerns, Dr Chapela says that: ‘We were not expecting to find transgenics when we went looking for them in Oaxaca’.
Although they were working in Mexico, Chapela’s and Quist’s academic base is in Berkeley, where Chapela is an assistant Professor. Although a microbial ecologist by training, he had served on the prestigious National Research Council’s Committee on Environmental Impacts Associated with the Commercialization of Transgenic Plants, whose report was published in 2002 by the National Academy Press. [4] Both scientists had sprung to prominence in 1988 as two of the key opponents of a multi-million dollar alliance between Novartis and the University of Berkeley. Unbeknown to Chapela and Quist at the time, their opposition to the Novartis deal would come back to haunt them after their research was published. The ensuing saga led to the most acrimonious fight between opponents and proponents of GM since the Pusztai affair. It also laid bare a central strategy of the biotechnology industry: that of GM contamination, and raised questions about what many believe is one of its Achilles’ heels: that it could be inherently unstable. The argument over whether Quist and Chapela were attacked because they did bad science or because they questioned GM continues to run and run.
**Read the rest here and check out the book - Don't Worry, It's Safe to Eat