they're young, they're broke, and they pay for organic salmon with government subsidies. got a problem with that?
By Jennifer Bleyer
Pinched is an ongoing series about life during a recession. 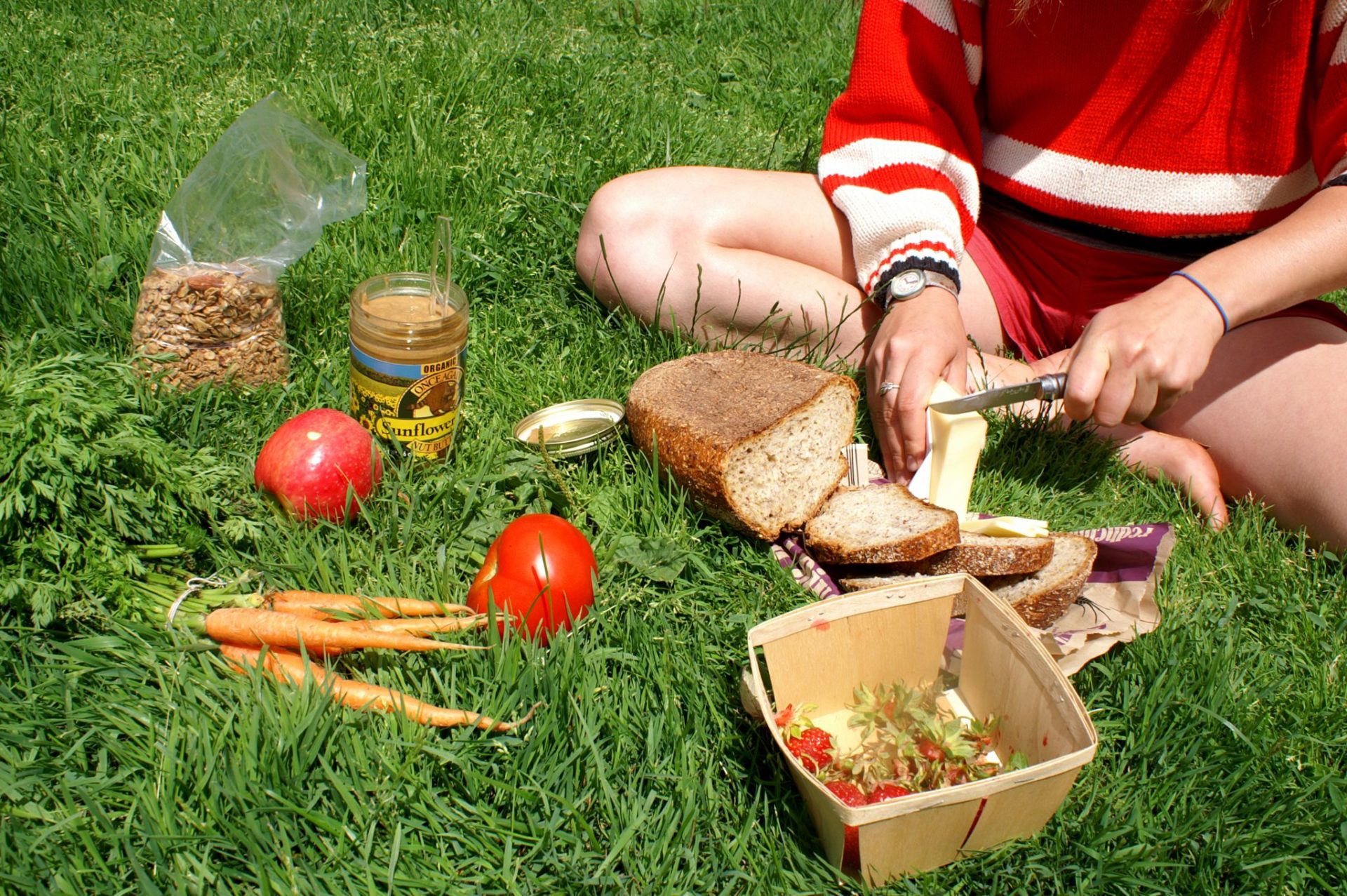 In the John Waters-esque sector of northwest Baltimore -- equal parts kitschy, sketchy, artsy and weird -- Gerry Mak and Sarah Magida sauntered through a small ethnic market stocked with Japanese eggplant, mint chutney and fresh turmeric. After gathering ingredients for that evening's dinner, they walked to the cash register and awaited their moments of truth.
"I have $80 bucks left!" Magida said. "I'm so happy!"
"I have $12," Mak said with a frown.
The two friends weren't tabulating the cash in their wallets but what remained of the monthly allotment on their Supplemental Nutrition Assistance Program debit cards, the official new term for what are still known colloquially as food stamps.

Magida, a 30-year-old art school graduate, had been installing museum exhibits for a living until the recession caused arts funding -- and her usual gigs -- to dry up. She applied for food stamps last summer, and since then she's used her $150 in monthly benefits for things like fresh produce, raw honey and fresh-squeezed juices from markets near her house in the neighborhood of Hampden, and soy meat alternatives and gourmet ice cream from a Whole Foods a few miles away.
"I'm eating better than I ever have before," she told me. "Even with food stamps, it's not like I'm living large, but it helps."
Mak, 31, grew up in Westchester, graduated from the University of Chicago and toiled in publishing in New York during his 20s before moving to Baltimore last year with a meager part-time blogging job and prospects for little else. About half of his friends in Baltimore have been getting food stamps since the economy toppled, so he decided to give it a try; to his delight, he qualified for $200 a month.
"I'm sort of a foodie, and I'm not going to do the 'living off ramen' thing," he said, fondly remembering a recent meal he'd prepared of roasted rabbit with butter, tarragon and sweet potatoes. "I used to think that you could only get processed food and government cheese on food stamps, but it's great that you can get anything."
Think of it as the effect of a grinding recession crossed with the epicurean tastes of young people as obsessed with food as previous generations were with music and sex. Faced with lingering unemployment, 20- and 30-somethings with college degrees and foodie standards are shaking off old taboos about who should get government assistance and discovering that government benefits can indeed be used for just about anything edible, including wild-caught fish, organic asparagus and triple-crème cheese.
Finish the article HERE.