we asked greenhorn Neysa King to tell us a bit about her experience transitioning to the farming life.  here's what she had to say...
My fiancée Travis and I had no farming experience when we came to Ryder Farm last month—just an interest in organic food and a desire to make a change in our lives. I was a graduate student in Boston, working toward a PhD in History. Travis had been promoted several times at his job with a major nonprofit in downtown. We had a nice apartment, two cats, plenty of food, health insurance … By most measures, we were successful. 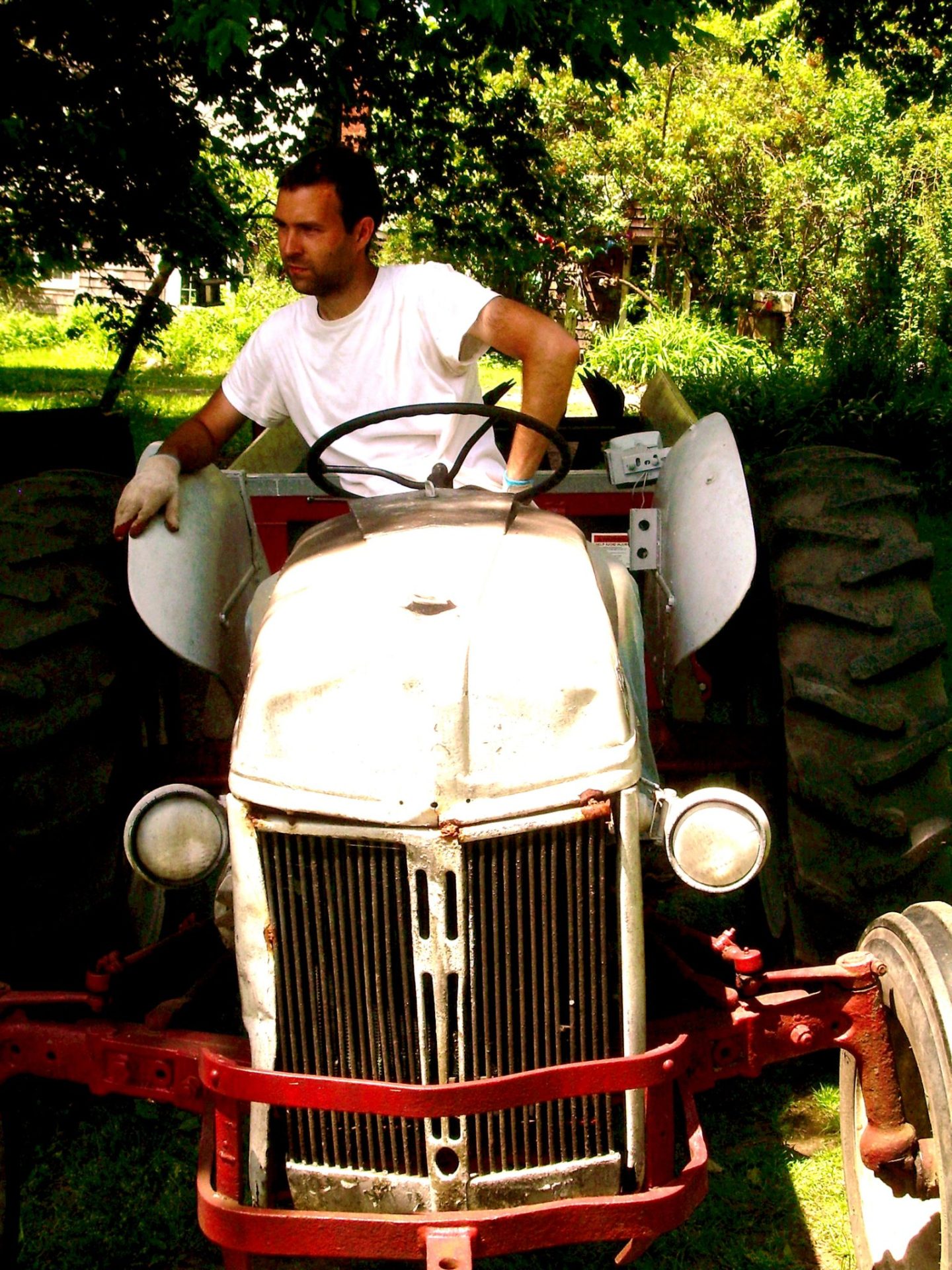 At the same time, though, Travis and I were uncovering a growing interest in the state of America’s food. We were appalled at the size and scale of monoculture farms, government subsidies, and chemical pesticide and fertilizer use. It seemed that government policies once offered as a means to boost American health through abundant food had become the foundation for some of our most destructive diseases—obesity, diabetes, cancer. We found it amazing that food—something so intertwined with basic human survival—has become politicized, raced, classed, and gendered. 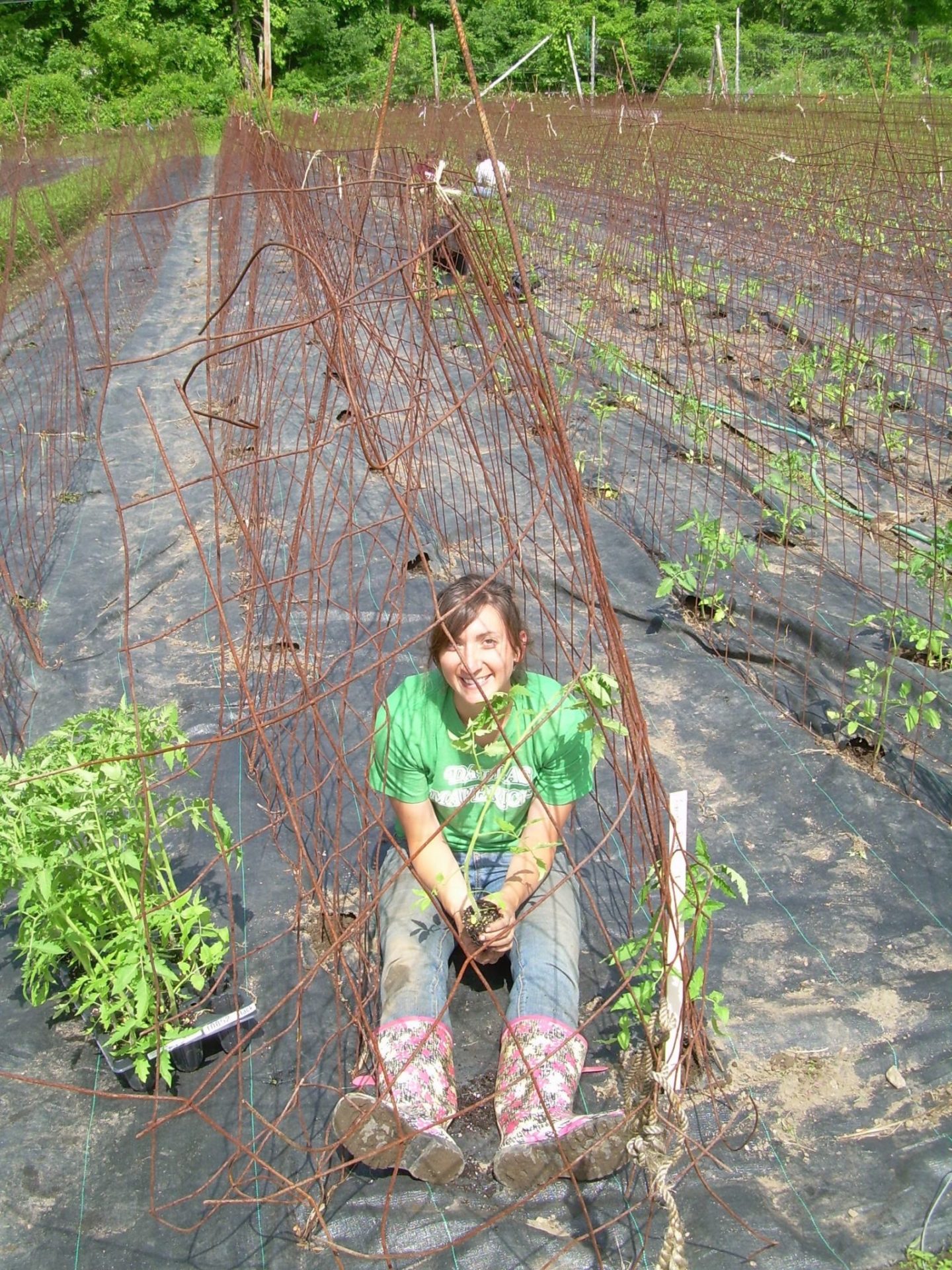 As Sidney Mintz argued in his distinguished study on sugar consumption, food can be a tool of power, and the expanded variety of food items we see at the grocery store may not be as plentiful and liberating as we think. To quote Mintz, “we are now ‘free’ to choose several different precooked and frozen veal dishes, for instance, packaged by the same manufacturer but in a different ‘style.’” (Sweetness and Power, 199). Yet few of us have easy access to healthy, local, pesticide-free fruits and vegetables, grown responsibly and with concern for our ecosystems.
I digress, but these are many of the issues Travis and I began to think about while making our way in Boston. We realized how disconnected from our food many of us have become. We tried to remedy our own disconnection by buying organic produce whenever we could afford it, support local farmers by frequenting farmer’s markets, and make much of our own food at home, especially staples like bread. Still, we felt we could do more. We wanted to be able to back up all of our talk about organic this and unrefined that. We wanted to begin growing our own food, but we lacked know-how. “Wouldn’t it be cool if we could work on a farm and learn to grow these things for ourselves?” Travis said to me one day. I agreed, but didn’t know how we could go about it. How did one break into farming as a profession? It’s not exactly a common occupation these days. The next day, I googled “new england farms” and found the NEWOOF program, which would set up young people interested in farming with apprenticeships on organic farms in New England. Travis and I began interviewing at farms that week, and soon found Ryder Farm in Brewster, New York. Betsey Ryder, the farm owner, is a joyful and exuberant woman, and we felt at home immediately. She agreed to take us on for the growing season. 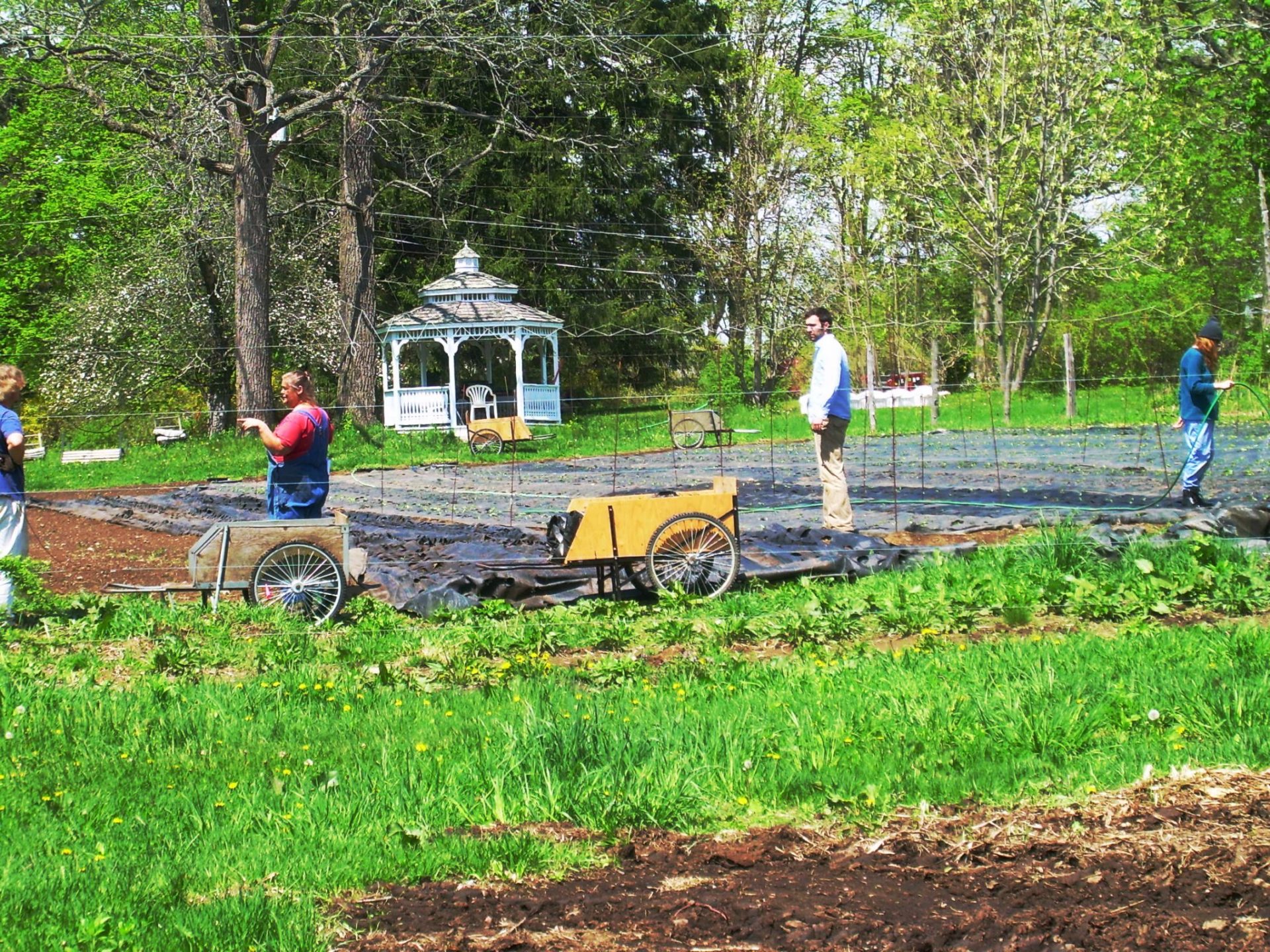 So, Travis and I decided to leave our emergent life in Boston. I took my Master’s and dropped out of academia. Travis left his job. We put all our things in storage, except for a suitcase each of work clothes. We have been here at Ryder for over a month now and are doing our best to soak up all the farming techniques we can. We are apprehensive about this dramatic shift we’ve made, but we’re also hopeful and encouraged. Can we really make our living farming? We’ll see. Our dream these days is to own our own plot of land, provide healthy, organic food to our local community, and help improve the way Americans eat.
The Story continues on my blog, www.dissertationtodirt.com
-  Neysa King