black farmer from charlottesville address the subtle racism that he faces in his community. 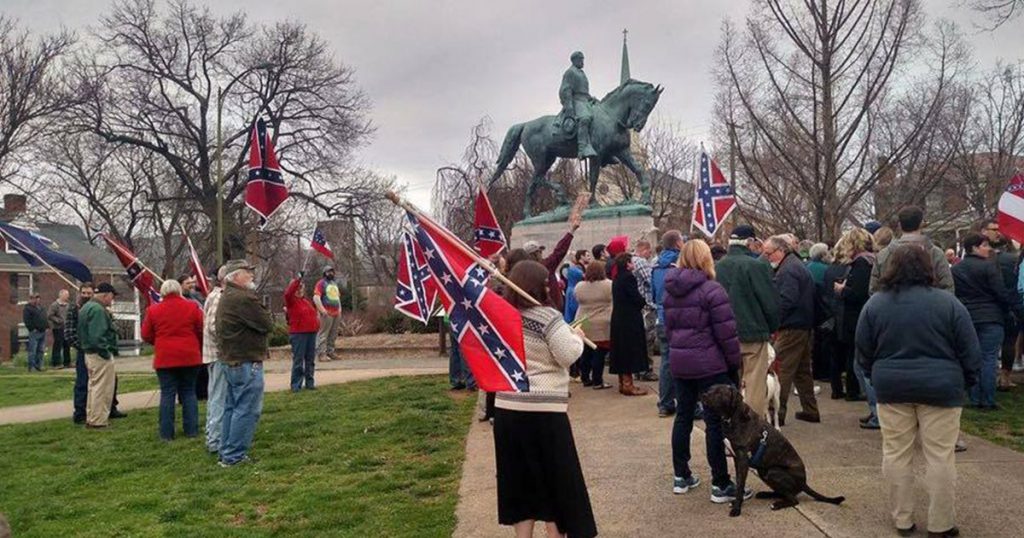 Chris Newman is a farmer in Charlottesville working towards a sustainable, healthy and organic future for his family and community. Yet despite this, Chris, as a black man faces racial profiling and discrimination on a regular basis. He has been attracting a lot of attention lately due to his recent facebook post that called out the counter-protests that took place after the white nationalist protest against the removal of a confederate monument saying that he felt "far less bothered by the flag wavers in this picture [above] than this town's progressives assuming its race problem has nothing to do with them."

He describes Charlottesville as the most aggressively segregated place that he has ever lived. He uses the word aggressive for two reasons. Firstly due to the racial profiling by police and those who call the police on innocent black citizens, like Chris, going about their business. The second is due to cultural appropriation by white owned businesses in the city who incorporate black culture while the black community in the region is being actively disempowered due to tangible connections with those same aspects of their culture.

It's little things - e.g. shops and other businesses incorporating wide swaths of hiphop culture into their branding while having not a single Black owner, partner, employee, or vendor. And those businesses are KILLING IT here. This is a town where Blackness advances White-owned brands and subjects Black-owned businesses to inspection by law enforcement."

Police statistics in the area confirm that black kids in the region were far more likely to be arrested than white kids, and that the majority of these arrests were as a result of the cops being specifically called out to deal with these black kids. To be clear, these kids are not being apprehended on the street for any wrongdoing, but rather are being specifically targeted by members of their community solely on the basis of their skin-color.
Chris has changed his business model to avoid being racially targeted and profiled by the cops and his fellow citizens. He now avoids delivering his produce to wealth white neighbourhoods and stopped leasing farmland that was easily visible from the road. He says "It isn't Richard Spencer calling the cops on me for farming while Black. It's nervous White women in yoga pants with 'I'm with Her' and 'Coexist' stickers on their German SUVs". Chris' motivation for the original facebook post was to highlight that those counter protesters rallying against white supremacists should take a look at their own actions and behaviours within their community and try to make a tangible difference through their own actions before they attack others. Those in glasshouses shouldn't throw stones.

So please, put down the candles and instead ask yourself: why is my city like this? Why is life like this for Black people in my wonderful city? The answer is a lot closer to home than Richard Spencer or Lee Park.