An ‘agri-intellectual’ talks back
by Tom Philpott for Grist
14 Aug 2009
A lot of folks have asked what I think of the essay “The Omnivore’s Delusion: Against the Agri-intellectuals,” by Missouri corn/soy farmer Blake Hurst, published in The American, the journal of the right-wing American Enterprise Institute. 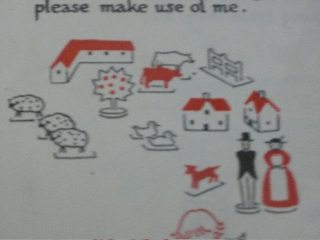 My first reaction is that I’m thrilled this debate is taking place. The sustainable-food movement needs to step up and start grappling with big questions. I’ve said for a while that I see three big challenges for the sustainable-food movement as it scales up: 1) soil fertility—in the absence of synthesized nitrogen and mined phosphorous and potassium, how are we to build soil fertility on a larger scale?; 2) labor—sustainable farming requires more hands on the ground; who’s going to work our farm fields, and at what wages?; and 3) access—in an economy built on long-term wage stagnation, how can we make sustainably grown food accessible to everyone?
Hurst’s essay begins to engage these questions—sort of. I don’t have the time or energy right now to take it on point by point. But I will say that the discussion would be much richer if he acknowledged a few serious questions about the industrial-farming model he champions.
For example, he barely acknowledges climate change. The EPA reckons [PDF] that half of U.S. greenhouse-gas emissions from agriculture come from fertilizer-related nitrous oxide—a greenhouse gas some 300 times more potent than carbon. The Nobel laureate Paul Crutzen, an atmospheric chemist, has concluded [PDF] that the EPA is dramatically underestimating the amount of nitrous oxide produced by industrial farming. Given that reality and the looming climate emergency, how long can U.S. farmers keep churning out titanic corn harvests? Hurst never goes there. Of course, he’s vice president of his state’s branch of the American Farm Bureau Federation, which has both been vigorously fighting climate legislation (on the grounds that climate change is a myth) [PDF] and campaigning to make sure that any bill that gets though Congress has plenty of goodies for agribusiness. So maybe be doesn’t consider nitrous oxide emissions a problem?
Another limiting factor is petroleum scarcity. According to Hurst’s byline at the bottom of the article, “In a few days he will spend the next six weeks on a combine.” A combine is a massive, diesel-sucking machine. How long does Hurst expect to be able to casually spend six weeks burning gallon after gallon of diesel amid limited global petroleum supplies (not to mention climate impacts)? Again, no mention of energy scarcity. (Cue “drill, baby, drill” plea from the Farm Bureau?)
Then there’s the whole problem of ecological blowback. Hurst venerates large-scale confinement livestock operations—but he doesn’t mention that these facilities rely on a prodigious cocktail of antibiotics to keep animals alive and growing. Now we’re getting outbreaks of antibiotic-resistant salmonella and staph (MRSA) directly linked to factory animal farms. There’s the distinct possibility that the latest novel swine flu strain emerged from the fecal mire of a vast hog operation. How long does Hurst think we can control these potentially deadly diseases? Also on the topic of ecological pushback, Hurst champions the practice known as chemical no-till—planting herbicide-tolerant GM seeds and then dousing the field with weed killer. There’s little evidence that this practice sequesters carbon in the soil (see here and here)—but plenty of evidence that it’s generating herbicide-resistant “superweeds.” Again, what’s the plan—just a steady rollout of new poison-tolerant seed combos to clean up the messes of the previous ones?
Finally—and this may be the most egregious omission, given that he’s writing for a Cheneyite rag—Hurst fails to acknowledge that his farming style depends on a steady stream of government aid. I personally believe that our society should support farmers, and that our commodity-subsidy system could be re-jiggered to support sustainable farming. Indeed, for the reasons given above, I believe sustainable farming will remain forever a niche unless that happens. Yet if I were writing for a think tank that’s devoted itself for decades to dismantling state spending (except for on military adventures and hardware), I might feel obliged to defend or at least acknowledge this position. Yet Hurst is silent.
Let’s have a look—shall we not?—at the Environmental Working Group’s commodity-subsidy database. it’s the black book of right-wing Farm Bureau types. According to his bio, Hurst farms in Atchison County, Mo. EWG informs us that farmers in Atchison drew in a cool $131 million in government commodity payments between 1995 and 2006. That’s good enough for 11th place among Missouri’s 50 counties. Drilling down, we find that Hurst himself took home $242,600 in that period; and three close relations took in $400,000, $388,000, and $347,000, respectively. That’s a cool $1.4 million in U.S. treasury cash for the family over 12 years.
Now, hold your howls of outrage. These are corn and soy farmers. They buy tremendous amounts of fertilizers and poisons; they buy pricey GMO seeds from Monsanto; they’re paying huge notes on those combines, which they have to maintain and supply with diesel; and they’re selling their produce into a grain market largely controlled by two companies (Cargill and Archer Daniels Midland) that for most of those years paid them less than the price of production. In other words, your $1.4 million payment to the Hursts didn’t likely stay long in family bank accounts. More likely, it quickly passed into the coffers of Monsanto, John Deere, Mosaic (the fertilizer giant two-thirds owned by Cargill), and other input suppliers. (Of course, in the past couple of years, corn/soy farmers have seen lower subsidies and higher grain prices—borne up by another government program, corn ethanol.)
You see, while their friends at the American Enterprise Institute might mock them as such, it’s not the Hursts who are “welfare queens” here. It’s their agribusiness suppliers and buyers. And we can’t really debate the food system until we acknowledge their massive vested interest in it—and their vast political power, which they’re not shy about using to maintain their income streams.
I look forward to participating in this debate as it plays out.