a poem to start off your week

greenhorn Katy Giombolini sent us this letter and a beautiful poem that she wrote!  Thanks Katy, good luck in the fields this summer. 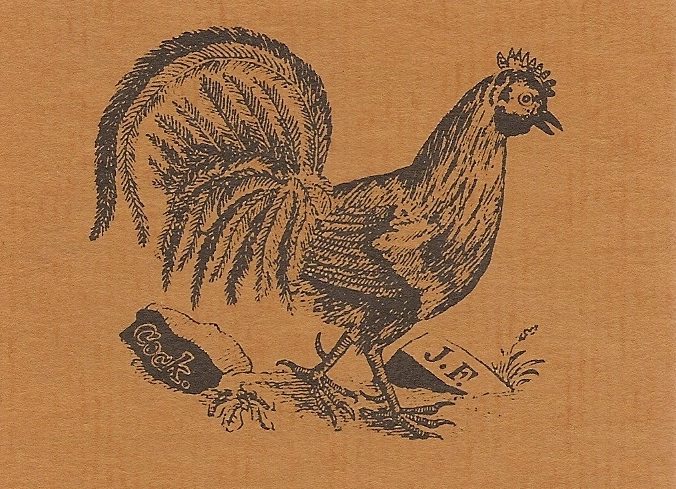 I was taking a poetry class this past semester and one of the prompts was to write a poem copying another poet. I chose Allen Ginsberg's poem "Howl" because in highschool I went through a Beatnik phase. The past years I have become passionate about building local food systems and farming particularly in the Willamette Valley in Western Oregon. I have worked briefly on farms, interviewed farmers, and have just completed a research paper on the process of transitioning from grass seed to grain and edible food crop production in the Area. I was inspired to write the poem one evening just thinking about food and farmers and our generation. I really just grabbed a scrap piece of paper and started writing it down. I'm headed off after graduation to work at a farm in Maine with the MOFGA program and after that...who knows. Thank you for this wonderful blog it is so exciting to see the energy behind this movement. - Katy

Crow
I saw the idealists of my generation graduating from college and saying no to the fast track business world, saying no to the system that fosters competition and getting ahead,
Who championed food over the dollar spending extra change on local beets not beer,Who took up pitchfork and plow instead of skirt and tie, no nine to five work week, no staring at screens isolated in tiny gray, carpet covered cubicles,
Who dropped seeds not bombs into the ground of their community’s open spaces,
Wildflowers overtaking barren, nude soil,
Who helped the neighbor plant, care, and nurture a tiny seed, witnessed the creation of life!
Who listened to the wisdom of the past generations of people who planted in tin cans, on porch steps, and kitchen windowsills, as food lines stretched round trash strewn city blocks; the depressed waiting for their daily bread and soup,
Who taught the school children of San Francisco the wonders of a garden, allowing those children to let their imaginations run free amongst sugar snap peas and ever listening ears of corn,
Who showed the plugged in, plugged up kids what a tomato really tastes like picked fresh under July sun, watching joyous smiles that follow the first piercing bite, juicy tomato flesh squishing between gnashing
teeth, the wonders from vine to hand to mouth to happiness,
Who took the time to cook the real meal that joins communities together, not eating in the seclusion of a car driver’s seat,
Who spent all day making loaves of bread, harvesting the grain from the field, threshing, winnowing, grinding, kneading, baking a beautiful loaf of time, true time of production, realizing what it means to put two slices of bread together to make lunch,
Who told the policy makers, the lobbyists, the farm block, to fuck off, stop regulating, stop! a food system that is corrupt, a food system that allows families to go hungry while forty percent of food goes in a dumpster, waste,
Who, tainted by the meats from over-crowded, foul smelling Colorado feed lots, took legislation to Washington,
Who recognized that meat does not come in shrink wrapped plastic packages, all nice and neat and doused with ammonia to kill the shit we feed our animals,
Who slit the throats and plucked the feathers of chickens on Virginian farms, yellow chicken feet soon becoming dinner’s soup stock,
Who recognized that good food is a privilege the Pollans and Kingsolvers enjoy,
Who witnessed the exportation of our fat laden culture, watched as it strangled out the traditional food culture of other nations,
Who witnessed food riots, fires raging in Indian streets as government sat on top huge storages of grain,
While farm subsidies are acts of national security! Government, you should be spending less on fighting terror and more on fighting hunger and poverty,
Who saw the planes fly over head raining poison on workers plucking blackberries, thorns tearing at the skin with every bucket full,
Who opted out of the global mind set and focused on local community,
Who craved connection with the materials of their daily life,
Who woke up with the rising sun and walked the rows of their field, bodies trembling from the morning breeze,
Who, with dirt wedged beneath cracked fingernails, calloused dry hands pulled weed after weed, clearing the soil for new life.