For a market garden in Orange County's Black Dirt region. 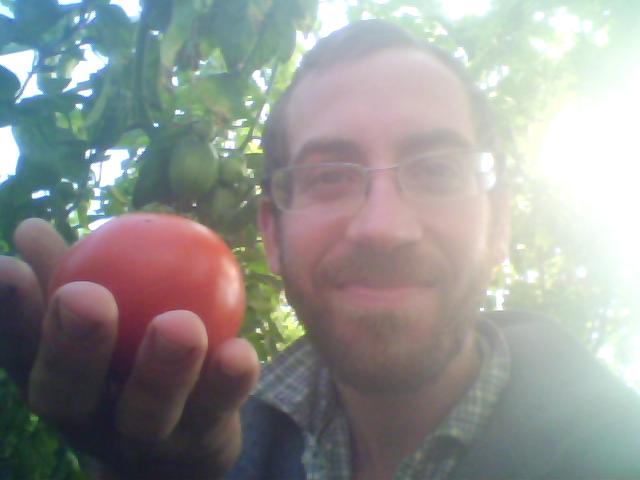 Greetings,
I'm interested in possibly soliciting an investment from you in my farm.   It's a 7 acre plan on, both upland, and bottomland, growing herbs, cut flowers, salad mix, and truck crops.  I'd be retailing at Farmers' Markets, and operating a small CSA.  My vision is to create a financially self supporting Market Garden facilitating the transition towards a non-resource draining, self sufficient, input independent, what some might call, permaculture and bio-dynamic style system, and eventually teach the process -- A Transitional Market Garden.I've just finished up the Budget (http://tinyurl.com/472k3x4) with some projections for the year.  I have $35,000 in cash and equivalents, another $36,500 in fixed assets, and I'm seeking $50,000 in additional investment.  I've left allowances for what I see as reasonable fluctuations in costs and have reflected this in the figures.
I have combined the cash flow with the greenhouse and cooler design, a materials list, seed order, and heavy equipment specs.  This, so I'd be able to order and build early, upon finding investors, taking full advantage of the season.  I was hoping you'd see the value in this approach, over producing a stack of convincing papers, shopping them around, only to get way behind on the season, should I get funding. This, and that you would also be someone who could appreciate the careful costs I've put into this Cash Flow.

As well as pursuing investors I've been working on the actual physical work of a more shoestring version of my plan.  It's difficult doing both and means that at some point, I'm probably not going to be able to devote any more energy to the paperwork side of things.  But it's quite clear in my mind.  I was thinking if you have some time it would be nice to talk.
About my county, the area I've recently purchased land in, and where my focus is:

Orange County ranks second highest in gross farm sales [1] and is the largest recipient of government agricultural subsidies [2] its distance to New York City.  It hosts 14,000 [3] (and by some estimates as much as 26,000 [4]) acres of black dirt, organic soils.  Out of the 30,480 total in NY[3], it's the largest contiguous area in the state and the second largest in the country[4].  Highly fertile and affordable.  With state environmental protections and it's unsuitability for housing developments, black dirt sells for between $2000 and $5000 an acre[5,6].    As of 2005 there were 1400 acres in state conservation programs, 3,000 in turf, and another 4,000 not planted for one reason or another [4]. That's a bit more than half, and being out here, my impression is that's a low estimate.  With it's fertility, affordability, low usage, existing infrastructure, government visibility, and proximity to the city I think it's well situated for a host of things agricultural.
1. http://www.agcensus.usda.gov/Publications/2007/Online_Highlights/County_Profiles/New_York/cp36071.pdf
2. http://farm.ewg.org/progdetail.php?fips=36000&progcode=total&page=county&regionname=NewYork
3. http://www.nass.usda.gov/Statistics_by_State/New_York/Publications/Statistical_Reports/09sep/muck0906.htm
4. http://en.wikipedia.org/wiki/Black_Dirt_Region
5. http://www.farmland.org/resources/sustaining-agriculture-in-urbanizing-counties/OrangeFinalRept.pdf, page 34
6. http://www.rickross.com/reference/tm/tm114.html
Take Care and Thanks for Your Time,
--
--Matt
s.845.657.3388
c.646.266.9689
mattsgreens[at]gmail.com